With great fanfare, many gaming stores opened at 12:01am on November 9th 2004 to release Halo 2 to the hundreds of fans that waited. I was one of those in line! 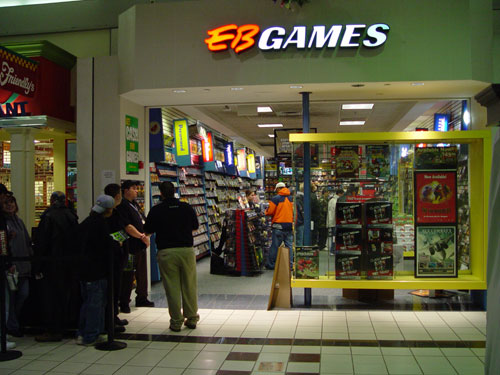 Many people in line said that they'd preordered the game as far back as April and June. They had been playing Halo non-stop since it first came out and were eagerly awaiting the sequel. Hype for the sequel has been hot and heavy, between its improved graphics, larger maps, and incredible plot line. For many, the killer improvement was in multi-play. The thought of bringing the fantastic play of Halo onto XBox Live brought buyers out in droves.

EB Games was the primary store staying open to midnight, with hundreds across the country holding parties. Many other gaming stores followed suit, and the lines were long. We were lucky in that our EB Games was within a covered mall. Others waited outside in frigid cold temperatures for two hours and more to get their hands on their copy of Halo 2. 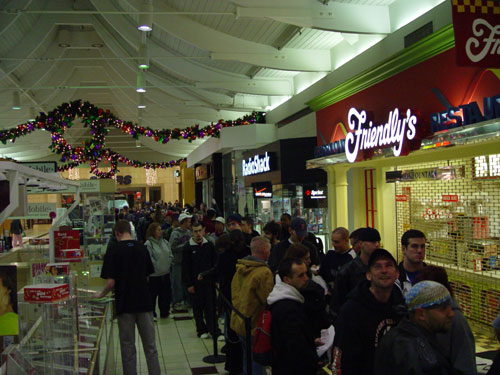 There was both the standard edition and the limited edition on sale. The limited editions were very limited, with a pre-order being necessary in most cases to get your hands on this one. It included an extra DVD with bonus videos and material. 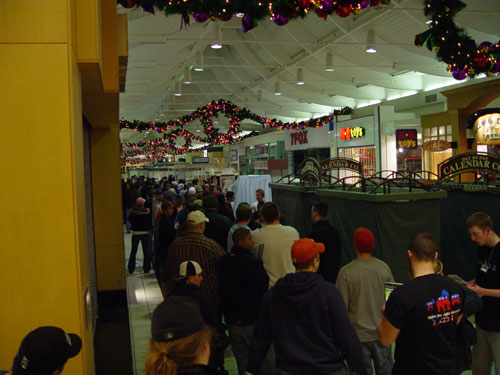 The walkthrough is live - be sure to get your hands on this game, and then visit us to share your notes and comments in our forum!

UPDATE: Even several years after its release, Halo 2 still stands out as a fantastic game with an involving storyline. Even after Halo 3 came out, many people felt that Halo 2 was the superior game for its plot line, characters and enjoyable gameplay.