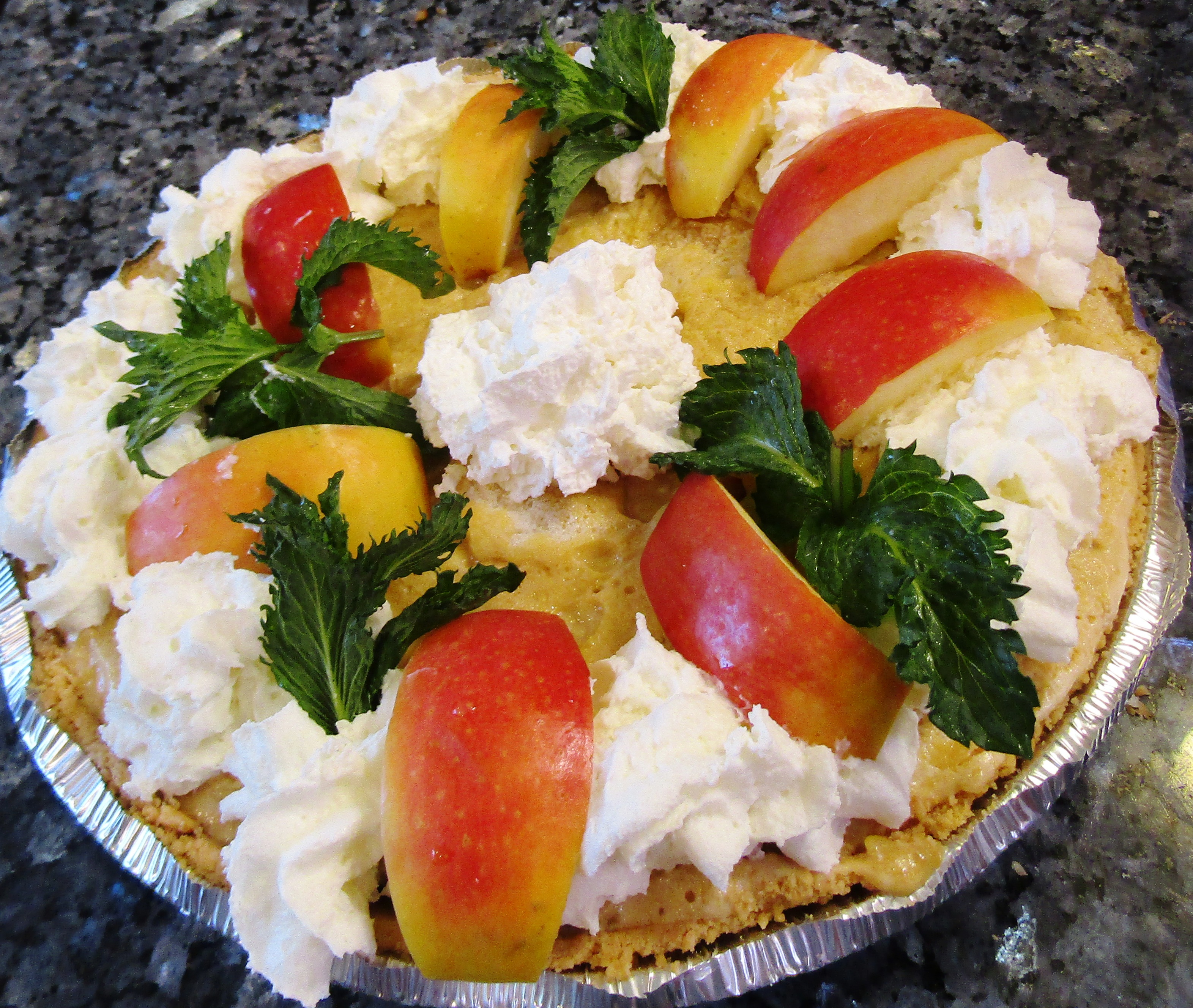 Everyone loves apples, and since one of the most iconic America dishes is apple pie, it’s only right that we serve apple pie often. That doesn’t mean that all apple pie is the same, however, and there are thousands of variations out there. This Caramelized Apple Cream Cheese Pie is nothing like the classic, but it’s attractive and delicious.

You can use your favorite cooking apples in this pie; some suggestions: Granny Smith since they’re a bit tart, Gala, Golden Delicious, Jonathan, or even Cosmic Crisp (a new favorite). The base is citrus, so this isn’t a cinnamon apple type pie and can be served year round rather than just in the fall. The cream cheese makes for a different texture, which is fabulous. Although the recipe suggests a graham cracker crust, this pie is also great in a regular homemade pastry-type pie crust.