On their shelves in the Rue de Babylone apartment, pictures and figurines cohabited amongst the books. Philippe Mugnier, attorney and personal assistant to Yves Saint Lauren stated that, “Yves hated for anything to be changed." He was a sentimentally superstitious man who before meeting the day made sure his right pant pocket bore three amulets: a religious relic from his mother, his dog shrunken into figurine form and a turquoise cross.

It is treasures such as these amassed by the French fashion designer and his long time partner Pierre Bergé that belong to the most expensive collection ever to be sold at auction. After Saint Laurent’s death, Bergé decided the collection, something they had built together, had “run its course.” Over the past few days their possessions have been housed at the Grand Palais, the site of many a défilé come French fashion week. Crowds amassed, the wait to cross the threshold into the musée at more than an hour. Once inside pushing ensued, everyone hungry to have a look at the paintings, sculptures, and furniture - the definition of good taste. 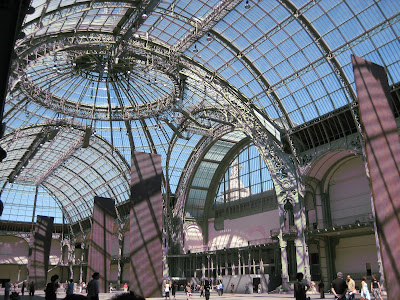 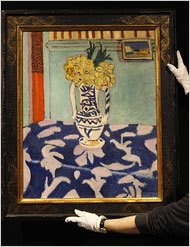 After a few days of visits, Christies methodically began auctioning things away. A cubist Picasso was pulled from the sale when bidding fell short of the appraised 25 to 30 million. This may be attributed to the fact that “Picassos are not rare,” commented an editor of BeauxArts magazine, “But everyone is looking for a good Matisse.” The 1911 Matisse doubled its estimated value selling for 41 million.

Some controversy surrounds the sale of the Asian art as the Chinese government has demanded the return of two bronze animal heads stolen from the Imperial Palace in China. Because the court has ruled that they were purchased legally, they will hit the auction block as slated. Monsieur Bergé irreverently countered their accusations by saying that the statues belonged to him, and he would happily offer them to China should Beijing welcome the Dalai Lama and offer freedom to Tibet.

Not all the collection will be hidden under the lock and key of private collectors. As a gift from Monsieur Saint Laurent to his country, a Goya portrait of a child was accepted by president Nicolas Sarkozy for the Louvre.

Have a look at the New York Times article. The slide show that accompanies offers an eye into the collection. The Times magazine article speaks more about YSL’s relationship with his belongings than about the auction. All quotes and the Matisse image are taken from the New York Times.

Several of his residences are presented in pictures in this book.