With all the hype about the PS3, Wii and XBox 360, take another look at the PS2. It has a huge library of games, a reliable system, and is inexpensive! 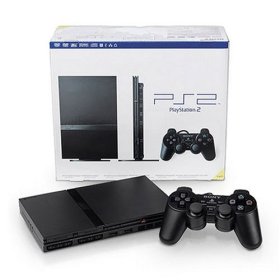 The PS2, which launched in December 2001, uses DVDs as its storage medium, meaning the unit can double as a CD and DVD player. It is small, light for carrying around, and doesn't have the sound or heat problems that the 360 and PS3 have. It's extremely sturdy - we have two PS2s and haven't had any problems with either one.

The graphics on the PS2 are very impressive, especially some of the later games where the game designers had years to learn how to take advantage of every last detail in the system's design. For a long while the XBox had a clear advantage with graphics, but with some of the recent releases, like Final Fantasy XIII, the cut scenes were just gorgeous.

Speaking of Final Fantasy, with the PS2 you can play all games from the PS2 *and* PS1 series - meaning you can play every Final Fantasy game that is out. That alone could keep you occupied for months if not years. Guitar Hero is another fantasic game that is only on the PS2. The guitar controllers literally cannot plug into a PS3.

Here's a pretty clear indicator of how good the PS2 system is. We've had the XBox 360 for a year, and got the Wii and PS3s right when they came out. Even so, we were still going back to our PS2 to play the games we had on it, rather than bother with moving our save games up to the PS3. The games were really that good.

Sometimes it's not about high def super graphics. Sometimes it's about pure, fun gameplay. The PS2 has perfected that over the years, and there are numerous games on this system that have legions of fans. There's even a network port if you want to play online. Note that it doesn't have "built in wireless" - you have to plug a bridge or other wireless adaptor into the port to have it connect to your home wireless network. This is really easy to do, though, and I have full instructions if you need them.

Well recommended, even in an age of next-gen consoles!

Buy a Sony PlayStation 2 from Amazon.com