Collecting vintage costume jewelry is a popular and widespread hobby. Collectors love pieces by Coro, Trifari, Eisenberg, Staret, Lisner, Weiss, Chanel, Schiaparelli, Boucher, and many others. Astounding selling prices reflect the popularity of vintage costume jewelry. And when prices go up, the fakes come out. Discouraging as it is, selected, popular pieces from all of the above have been copied and sold as the real thing.

A few years ago, Eisenberg gold plated brooches with colored rhinestones were expertly copied and sold as originals. They were so well done that even experienced collectors were fooled. Novice collectors didn’t stand a chance. Trifari figural brooches made with Lucite set in sterling settings, referred to as jelly bellies, were copied and sold to unsuspecting collectors. The Coro “Fighting Fish” brooch, an immensely popular 1940’s design by Gene Verri, has been copied as well. An authentic “Fighting Fish” is shown in Figure 1 and it is easy to see why collectors love this beautiful design. What a photo cannot tell you is something about the weight of a piece; while the Eisenberg copies were excellently done they lacked the weight of the originals. Ultimately it was their undoing.

Weiss and Napier brooch lots have been sold with surprising regularity in online markets. Several of the same designs were even being auctioned at the same time! The deceit was brought to light with the help of a New York Times article that exposed the copies and the sellers who deliberately misled buyers. See Figure 2 and Figure 3 for examples of Weiss fakes.

The problem of fake Bakelite is so pervasive that experts have coined the term “Fakelite” to describe the knockoffs. When Bakelite auction prices were regularly exceeding $10,000 PER PIECE for figural, carved, and/or layered pieces, cheap copies began to flood the collectibles market. This is very discouraging and dampens prices considerably until collectors begin to distinguish the fakes from the real thing.

Keep in mind that many contemporary designs were deliberately made to resemble famous vintage pieces. CRAFT made a copy of a famous Coro brooch depicting the singer Josephine Baker (see Figure 4). The original Coro brooch was based on a design patent dated 1942. Years later, CRAFT issued the same design but it was signed CRAFT to ensure that collectors knew the difference. These copies are just that—copies, and not fakes. And collectors love them.

So how can you protect yourself and your purse from fakes? First, buy from reputable dealers. If something about the piece doesn’t look quite right, don’t buy it. Fake Staret brooches can be quite good but the colors are often just a little too bright. And the metalwork can be inferior. Invest in a few good reference books; there are many available. If buying online, look at all the pictures and ask for more if you’re not satisfied. Inexperienced collectors should avoid buying expensive pieces until they acquire more knowledge. Check signatures carefully to be sure they are consistent with the way pieces were originally signed. Schiaparelli fakes are signed SCHAPARELLI (misspelled) and in block letters. The originals were signed in script. And remember, trust your gut. If the deal seems too good to be true, that’s because it is. 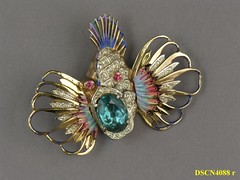  Figure 1: Coro “Fighting Fish” brooch. You can see why collectors love this piece. This piece is marked Corocraft and Sterling, helping to date this to the early 1940’s. 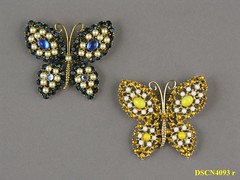  Figure 2: These “Weiss” butterflies are copies; pretty, but not the real thing. 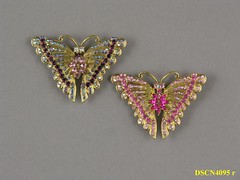  Figure 3: Too good to be true, these “Weiss” fakes were included in two different lots being sold at the same time! 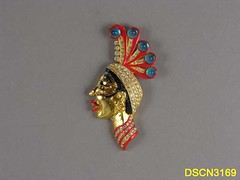  Figure 4: CRAFT brooch depicting the singer Josephine Baker. This design is identical to the Coro design patented in 1942.