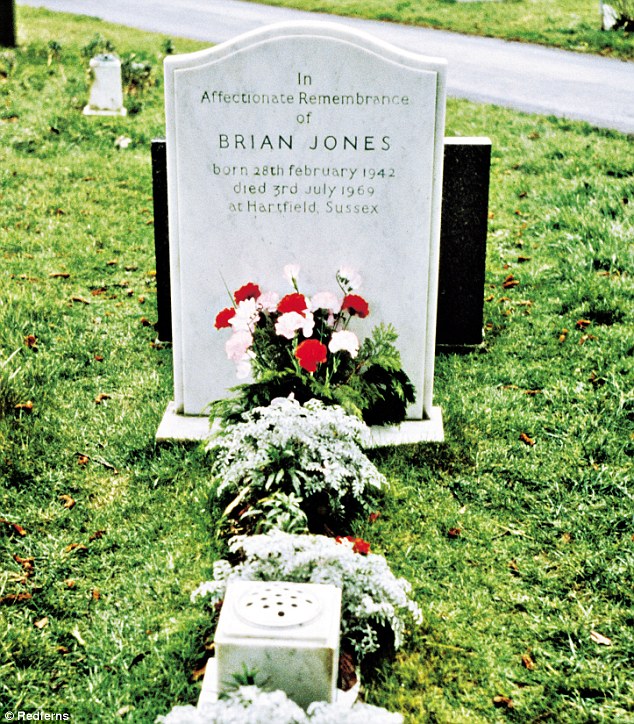 Brian Jones will always be remembered as one of the founding members of Rock & Roll’s legendary Rolling Stones. Originating the band in 1962, Jones would not only give the Rolling Stones their name but would even convince Mick Jagger and Keith Richards to join. He would also be considered one of the band’s first managers in the early days of their formation. Jones was influential to the early Stones recordings, giving the band it’s unique sound by playing several musical instruments including (but not limited to) slide guitar, harmonica, percussion, keyboards, sitar, dulcimer, and saxophone.

As the Rolling Stones’ popularity grew, the band’s music began to shift into a different direction, something Jones wasn’t happy about. This, as well as Jones’ over-indulgence of alcohol and drug use over the years, contributed to the estrangement from his bandmates along with missed sessions in the studio during the recording of the “Let It Bleed” album.

Due to ongoing differences and a new tour on the horizon, on June 8th, 1969, Brian Jones was visited by fellow band members and was asked to leave the Rolling Stones. (He would be replaced by guitarist Mick Taylor.) Jones retreated to his home, Cotchford Farm, located in East Sussex, in England, which he had purchased the previous year. The home itself had been previously owned by author A.A. Milne of Winnie-The-Pooh fame.

Mystery still surrounds the events of July 2nd – 3rd, 1969. Sometime around midnight, Jones was discovered unresponsive at the bottom of Cotchford Farm’s swimming pool. Although medics were called, it was too late for the 27-year-old. While the coroner ruled Jones’ death as “misadventure”, controversy still remains fifty years later with some speculating his death was accidental while others claim murder.

Jones’ funeral was held July 10th, 1969 at St Mary’s Church in his hometown of Cheltenham, England where numerous fans and friends, including Charlie Watts and Bill Wyman in attendance. He was buried in Cheltenham Cemetery in Cheltenham, Gloucestershire, England, plot number V11393.