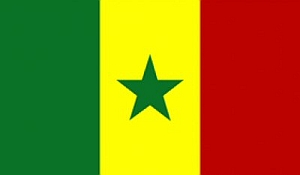 Flag: The Senegalese flag has three equal vertical bands of green, yellow, and red with a small five-pointed green star in the middle of the yellow band.

Date of Independence: April 4, 1960 from France with complete separation from the Mali Federation on August 20, 1960.

Highest Point: An unnamed place near Nepen Diakha at 581 m

Climate: Tropical. Hot and humid with a rainy rainy season from May to November. The dry season from December to April is dominated by a hot, dry, wind.

Interesting Facts: The capital city of Dakar is the western most point of Africa.