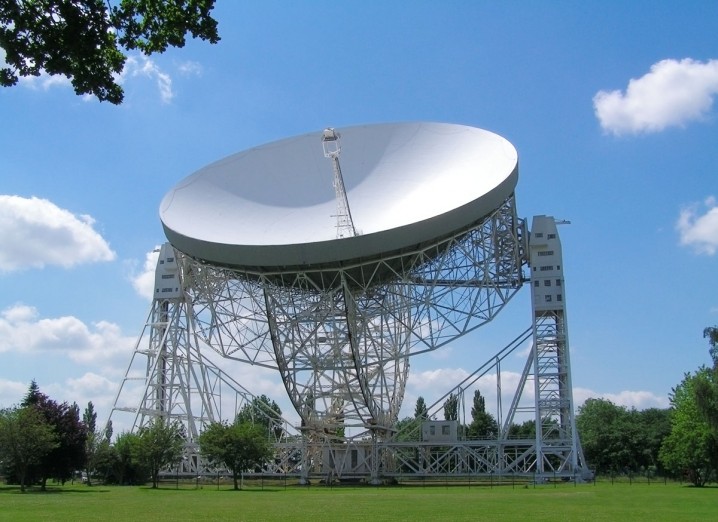 The historic Lovell Telescope at Jodrell Bank in England.

In Renaissance Italy both students of astronomy and of music followed a similar curriculum. Since the ancient Greeks, the harmony of the spheres – the Sun, Moon and planets – had been an important concept. According to Pythagoras, each sphere had a tone based on its orbital movement and not necessarily audible to humans. The music of the spheres has disappeared from science and math, but if such harmonies did fill the cosmos, here are some people who might have heard them.

Camille Saint-Saëns (1835-1921)
Saint-Saëns [pronounced sah-soh] was one of the great Romantic composers. He'd been a prodigy like Mozart, composing his first piano piece at four. Aged five, he played a Beethoven piece in his first concert. As a composer, his most popular work today is probably The Carnival of the Animals, which he refused to have publicly performed in his lifetime, as he felt people would consider him frivolous.

However Saint-Saëns was also a very knowledgeable and prolific writer in such diverse disciplines as math, geology, botany and philosophy. It was predictable that astronomy would also be among his interests. He was a member of the Astronomical Society of France, founded in 1887 by his friend Camille Flammarion (1842-1925). Although Saint-Saëns had a telescope, he admitted that he wasn't a methodical observer, preferring simply to enjoy the beauty and serenity of the heavens.

Occasionally, Saint-Saëns, probably in collaboration with Flammarion, organized concerts around astronomical events such as the summer solstice. I'm surprised that he never wrote any music inspired by astronomy.

Brian May (born 1947)
More people have heard Brian May on guitar in the band Queen than know that he has a PhD in astrophysics from Imperial College, London. Although he began music lessons when he was seven, he got interested in astronomy at an early age too. He was inspired by astronomy popularizer Patrick Moore (1923-2012). May's 4-inch reflector was a telescope he and his father made long ago, as was his trademark guitar, the Red Special.

Would it be music or science? May played in a band, and he did a physics degree. He turned down a job at Jodrell Bank Observatory to stay at Imperial College because of the London music scene. The choice was finally made when the band Queen started becoming popular, and the PhD seemed to be running out of steam. It was decades later that Patrick Moore persuaded May to complete the PhD.

In addition to music and other interests, Brian May has co-authored two popular astronomy books and is a keen amateur observer.

By the way, Patrick Moore himself was an amateur musician. He said that he once played the piano to accompany Albert Einstein on his violin. Appropriately, the piece was from Saint-Saëns's Carnival of the Animals.

Bernard Lovell (1913-2012)
Bernard Lovell is one of the great names of radio astronomy. He founded the Jodrell Bank Observatory in Cheshire, England in 1945. Its iconic telescope – later named the Lovell Telescope – opened in 1957. It was then the largest steerable radio telescope in the world, though there are larger ones now.

Bernard Lovell and Jodrell Bank were pioneers in radio astronomy. The facility still contributes to developments in astronomy, including studying pulsars, quasars and gravitational lensing. It also did extensive Cold War tracking of satellites and spacecraft, sometimes being able to see areas of the sky which neither the Americans nor the Soviets could.

Lovell chose science, and used his abilities during World War II to develop effective radar. He then went on to radio astronomy. Yet he insisted that his real love was always organs and organ music. He was a church organist for forty years. In 2007 he said, “I often wish that I had devoted my whole attention to music and become more of a professional musician.” But it's unlikely that any contributions to music could possibly have equaled his contribution to science.

The Herschels
If Bernard Lovell was an astronomer who wished he might have been a professional musician, William Herschel (1738-1822) was the opposite. He came from a family of musicians in Hanover (northern Germany) and made his living in Bath, England as a musician. But he developed a great passion for astronomy. Because of his fame today as an astronomer, it surprises people to discover that he had been well known as a musician, composer and concert arranger.

Herschel became an international celebrity when he was the first person in history to discover a new planet. His discovery of Uranus also got him a salaried job from the King of England as King's Astronomer. He only had to show the Royal Family and their guests interesting things in the sky from time to time. Otherwise he could get on with his work of trying to understand the structure of the heavens, and to supplement his income by making telescopes.

But William wasn't alone in his endeavors. His sister Caroline (1750-1848) lived with him and often his brother Alexander (1745-1821) did as well. Alexander, a professional musician, wasn't interested in observing, but he was interested in the instrument-making, and devising telescope mountings and timing devices for observing. William's main partner in his enterprise was Caroline, who had had a brief career as a singer before astronomy took over. Besides being her brother's assistant, she herself also became an astronomer, discovering numerous comets and nebular objects.

The partnership produced some of the best telescopes of the day, and William and Caroline carried out the first all-sky survey of nebular objects. William's work, with the assistance of Caroline and Alexander, laid the foundations for modern astronomy.

You Should Also Read:
Bang! The Complete History of the Universe - book
Astrofest 2013
Herschel Partnership - for Kids