The tools of astronomy include more than telescopes. There are also probes, landers, spectroscopes, satellites, computers, members of the public, star charts, planetarium programs and many others.

ABC of Astronomy – G is for Gravitational Lens

We have optical lenses in telescopes, cameras and eyes. They're made of transparent material, and they focus light. However astronomers now make use of gravitational lenses to detect distant galaxies, dark matter and extrasolar planets. What's a gravitational lens made of, and how does it work?

Oh! Be a fine girl (guy)--kiss me! This is the traditional mnemonic for the way stars are classified: OBAFGKM. Find out about the astronomer and suffragette who devised the system and who said that astronomical spectroscopy made it "almost as if the distant stars had acquired speech."

“The Universe comes to London,” read the banner on the courtyard wall of the Kensington Conference and Events Centre. Images of the Universe, people who study it, ideas about how it works, and equipment for seeing it occupied the center for the two days of European Astrofest 2014.

Astronomy Photographer of the Year 2010

An ancient tree is young compared to the center of the Galaxy. The Sun shines through dark clouds as a perfect ring in an annular eclipse. These are two of the dazzling images in the Astronomy Photographer of the Year competition 2010.

Astronomy Photographer of the Year 2011

More fantastic astronomy pictures from around the world were sent to the Royal Observatory at Greenwich, England in 2011. Exquisite skyscapes and landscapes, aurorae and nebulae, and the expanding shock wave of an ancient supernova explosion. Young astronomers also continue to impress.

Astronomy Photographer of the Year 2012

An exquisite whirlpool of two galaxies held together by invisible bonds was this year's winning image. And the Young Astronomy Photographer of the Year captured the beauty of the Pleiades, a cluster of hot blue stars surrounded by a delicate haze of reflective dust. A feast for the eye.

Astronomy Photographer of the Year 2013

Gasp at the Galaxy's starry glow. Be awed by aurorae. Marvel at meteors. Be dazzled by deep space. It's the Astronomy Photographer of the Year 2013 competition winners. The exhibition was in Greenwich, England, but the pictures are still online.

Astronomy Photographer of the Year 2014

It isn't often that you can find in one place a serene aurora, a violent Sun and an eclipsed one, and both a stellar nursery and a stellar graveyard. However the Royal Observatory Greenwich provides such sights on exhibiting the winners of the Astronomy Photographer of the Year competition.

Astronomy Photographer of the Year 2015

Astronomy Photographer of the Year 2015. The judges' job: from over 2700 entries, get a shortlist of 138, choose 32 winners in 11 categories, and finally, an overall winner. All the judges agreed wholeheartedly on the overall winner, and when you see it, I think you'll see why.

Astronomy Photographer of the Year 2016

The Sun as you've never before seen it. A twilight aurora, lunar landscapes, and galaxies far far away. There was all that and more in the Insight Astronomy Photographer of the Year 2016 exhibition at the Royal Observatory Greenwich.

Astronomy Photographer of the Year 2017

Once again images of the heavens came to Greenwich. Photographers of all ages had used skill and imagination to capture our neighbor planets, visiting comets, colorful nebulae, Earthly skies, and distant galaxies. Nearly four thousand entries came from over ninety countries.

Astronomy Photographer of the Year 2018

2018 was the 10th anniversary of the Astronomy Photographer of the Year awards. The Royal Observatory Greenwich first hosted them in 2009. But this year the event was in the National Maritime Museum, and the 2018 images - plus some great past winners - are on exhibition in a brand new gallery.

The winners of the 12th Greenwich Astronomy Photographer of the Year competition were presented online this year. There were two socially distanced presenters. Winners included close-up Andromeda, an ethereal aurora, colorful clouds, and a sad warning of what could be the end of astrophotography.

The space probe Cassini has been sending home fantastic pictures of Saturn and its satellites since 2004, and its mission has been extended twice. Its website has a wealth of images and some interesting material for teachers and astronomy fans.

Choosing and Using a Telescope

You´ve learned about the night sky with binoculars and you want to see more. What kind of telescope is good for a beginner? Here are some hints for choosing and using your first telescope. They´ve come a long way since Galileo first looked up through a telescope.

Christmas is a special day with a magic of its own. A Christmas eclipse is a great treat and centuries ago a long-awaited comet finally showed up on Christmas day. On the other hand, imagine spending the holidays a quarter of a million miles from home as the crew of Apollo 8 did.

You wouldn't want to know the distance from Boston to San Francisco in inches. And for the same reason, miles aren't very useful in space. After all, it's 26 trillion miles to the next nearest star. So how do astronomers deal with these enormous distances?

Does Sound Travel through Space

Can sound travel in space? The short answer is no, but it´s not so simple. We can´t hear the sound waves, but the Sun produces them. And then there´s the black hole that astronomers have detected endlessly singing a B-flat over tens of thousands of light years.

1915, a German physicist presented a theory that would shake up the way we see the Universe. The physicist was Albert Einstein, his face still unknown to the world, his name not yet a synonym for genius. How did a solar eclipse in 1919 change all that?

The Moon´s Hell crater sounds like the last place a space tourist would ever want to visit. But it´s named for 18th century astronomer Father Maximilian Hell, director of the Vienna Observatory. He observed the 1769 Venus transit from Norway´s far north, surviving the cold by adopting Sami dress.

Millions of people have followed the treks of the Martian rovers Spirit and Opportunity as they explored the red planet. In 2009 Spirit became trapped and was last heard from in March 2010. After a year being unable to contact her, on May 24, 2011, with sadness, NASA formally ended her mission.

You can see the International Space Station from where you live. But when and from which direction? What are the two bright stars you´ve seen after sunset? What´s an Iridium flare? The website Heavens-Above is a tool for beginners and experienced observers to answer questions like this.

The Herschels were the greatest astronomical family of all time. A partnership of two brothers and a sister built the best telescopes of their time, and with those telescopes mapped the deep sky. They changed the way astronomers understood the heavens.

John Herschel was the son of William Herschel, discoverer of the planet Uranus. But he earned his own reputation as an astronomer, mathematician, chemist, translator, artist, writer, and pioneer of photography. When he died he was laid to rest in Westminster Abbey near Sir Isaac Newton.

Moons of Venus and Mercury? An unknown planet nearer the Sun than Mercury? Astronomers can misinterpret what they see, too. Happily, other observers, better instruments and new theoretical understandings can put it right. Here are some phantom objects that many astronomers once thought existed.

Saturn's rings, spiral galaxies, solar flares. Astrophotography has shown us some wonderful images, but it's more than pretty pictures. It has allowed us to discover objects too dim for the human eye to see. Partnered with spectroscopy, it moved astronomy from mapping to understanding the stars.

The Hubble Space Telescope is the most famous astronomical satellite. But meet some of the others. What are they finding out and how are space probes complementing these discoveries?

Does amateur equal incompetence? No, says Timothy Ferris in a superb book exploring the role of amateur astronomers in probing the heavens. He reminds us that the root of the word amateur is love, and interweaves the stories of these lovers of astronomy with a grand tour of the universe.

The Transit of Venus - book review

In the north of England in the early 17th century, there was an amazing circle of astronomers. They were well ahead of their time and included the first two people ever to observe a transit of Venus. What ended this brief flowering? Peter Aughton tells the story.

On June 8, 2004 millions of people witnessed an event that no one still alive had ever seen: a transit of Venus. Another one will occur in June 2012 and then not again for over a hundred years. What is a transit of Venus? How did it help in working out the size of the Solar System?

Water on the Moon

Everybody had known for a long time that the Moon was bone dry. In the nineties probes found some evidence of water. After a big announcement of water on the Moon, it went back again to being described as dry. What´s the story in the 21st century?

What´s in a Name

Things aren´t always what they seem. Many discoveries aren´t named for – or by – their discoverers. Halley didn´t discover Comet Halley. Kuiper said the Kuiper Belt didn´t exist. The Herschels called Uranus "the Georgian planet" after George III of England, but no one else did.

Telescopes are essential for astronomy, but you don´t need one of your own. A computer can be the right instrument. Big telescopes collect data faster than professionals can process it, so amateurs can help. There is also room for individual ingenuity. See what some young astronomers have done. 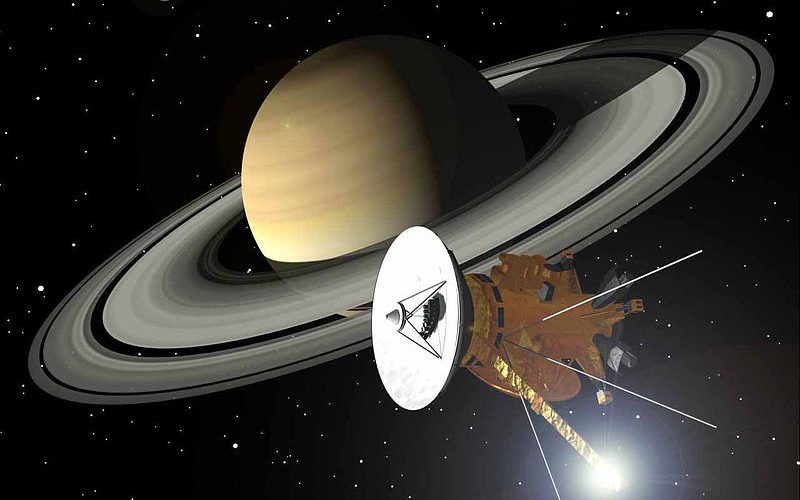 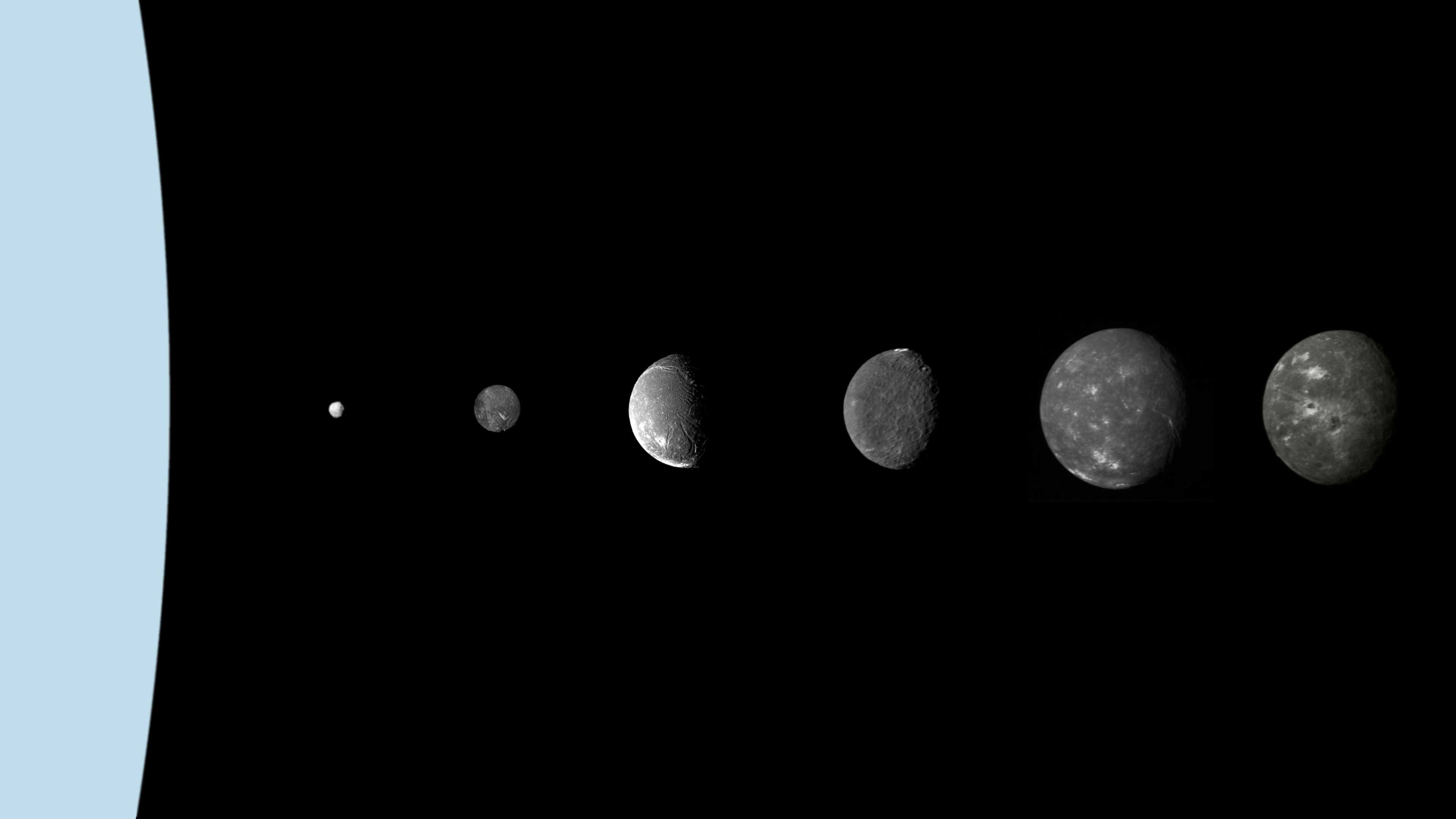