I took special care when doing these screenshots, building a platform and using the 'timer' feature on the camera so it was perfectly steady for this picture. I'm using this game to compare the graphics of the PS3, the XBox 360 and the Wii, since I have this game for all 3 systems. Our TV is a Sony Vega, 720p. The PS3 is connected with a HDMI cable.

I took all photos in the Marvel comparison set at night, with no flash, right in a row so "room conditions" were identical.

This first one is from the introductory cut-scene. I took all the screenshots early in so I wouldn't have to replay the entire story on all 3 systems :) The pictures might not match exactly since I was using a timer for the shots, meaning I had to plan for an image 30 seconds ahead. 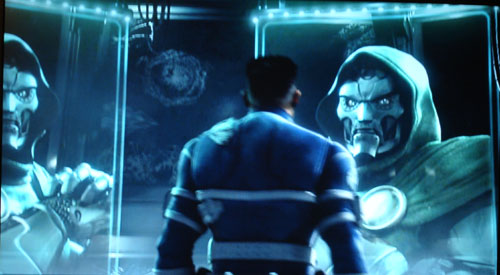 Here's the cut scene just as the characters arrive to help out. 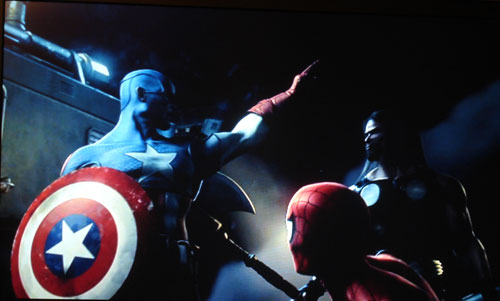 OK, an in-game image, from the beginning. Note the spinning fan on the left and the flickering fire on the right. 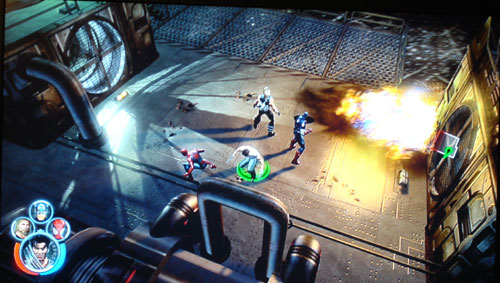 Here is the collection of characters you can choose from at the first team spot. 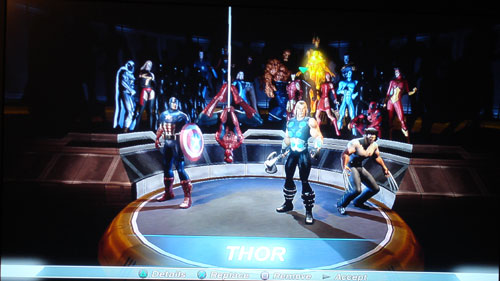