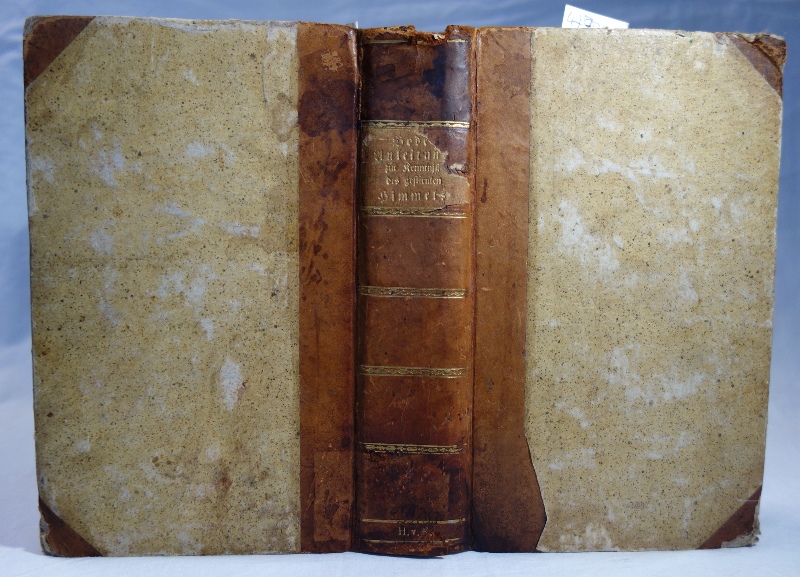 In 1801 Johann Elert Bode published Uranographia, the last and greatest star atlas of the Golden Age of celestial atlases. Yet if his name is remembered today, it's often because of Bode's Law. However, "Bode's Law" is neither a law, nor did it originate with Bode.

A scientific law is precise and applies anywhere at any time. Newton's laws of motion, for example, work on Earth and for the space probes we send throughout the Solar System.

What is called Bode's Law is really a formula derived by a German astronomer named Johann Daniel Titius in 1766. It went unnoticed until Bode included it as a footnote in a work he published. It's now often known as the Titius-Bode Law.

The formula yields the distances of the planets from the Sun. This suggests that it reflects underlying physical principles, though no one has yet come up with any plausible ones.

But let's have a look. In its original form, the formula went

The formula is a good approximation of the orbits of the planets known in Bode's day: Mercury, Venus, Earth, Mars, Jupiter and Saturn. But there should be a planet between Mars and Jupiter at 2.8 AU and there's a gap – Bode was sure that a planet awaited discovery!

When a new planet was discovered by William Herschel, it was beyond Saturn. Doing the arithmetic, we see that the formula puts the next planet at 19.8 AU. With Uranus at 19.2, that's pretty close.

Bode was fascinated by Herschel's planet. He calculated its orbit and suggested its name. In Roman mythology Uranus was the father of Saturn, so it continued the classical naming tradition.

Uranus's orbit fit the formula, but the gap between Mars and Jupiter was still vexing. It seemed to violate the reasonable order of things, so in 1800 a group of astronomers divided up the sky to look for the missing planet. They were nicknamed the Celestial Police in recognition of their attempts to restore order to the Solar System.

In fact, the asteroid Ceres was found at 2.77 AU by Giuseppe Piazzi in Italy. The first four asteroids discovered were called planets, but when it became evident that there were so many of them, they were given a new classification. Since then Ceres has been reclassified again, this time as a dwarf planet.

Bode died in 1826, so he didn't see the formula come unstuck with the discovery of Neptune in 1848. Neptune is noticeably nearer to the Sun than expected – it should be about where Pluto is.

Some astronomers still think that the Titius-Bode formula may reflect something profound about the underlying structure of the Solar System. We know that planets need a certain amount of space between their orbits, because otherwise gravitational interference between them eventually causes one to be flung out of its orbit. However the formula is generally considered to be a mere curiosity.

But this little curio shouldn't be the measure of Bode the astronomer. He was the Director of the Berlin Observatory for forty years and one of Europe's leading astronomers.

Bode was born in Hamburg, Germany in 1747. His father expected him to take over the family business one day, but from an early age Johann was more interested in astronomy than merchandise. He was 19 when he published his first work on astronomy.

Although he made original discoveries in observational astronomy, his greatest contributions were his publications. Bode was a prolific writer and in 1774 co-founded what eventually became the Berlin Astronomical Yearbook. This was a handbook of regularly-updated astronomical data. Bode continued to compile and publish the yearbook for over half a century until his death in 1826. In the 20th century, the publication was merged with other such national publications into one international yearbook for the International Astronomical Union (IAU).

To those fascinated by old star atlases, Bode is one of the great names. Amazingly, he produced two of them, though Uranographia was his masterwork. Modern atlases publish precise positional measurements and the physical properties of stars, but the older ones also contain artwork showing the mythology of the constellations.

Uranographia included all of the stars visible to the unaided eye and a large number of fainter ones. It was the first atlas to include the 2500 nebulae discovered by William and Caroline Herschel. All of the constellations defined over three centuries of mapping the sky were there and Bode added a few ideas of his own, including the Globus Aerostaticus (hot air balloon) and Officina Typographica (printing office). Many of the constellations haven't survived to the present day.

You Should Also Read:
Uranus and Neptune Twin Planets
What's in a Name
William Herschel