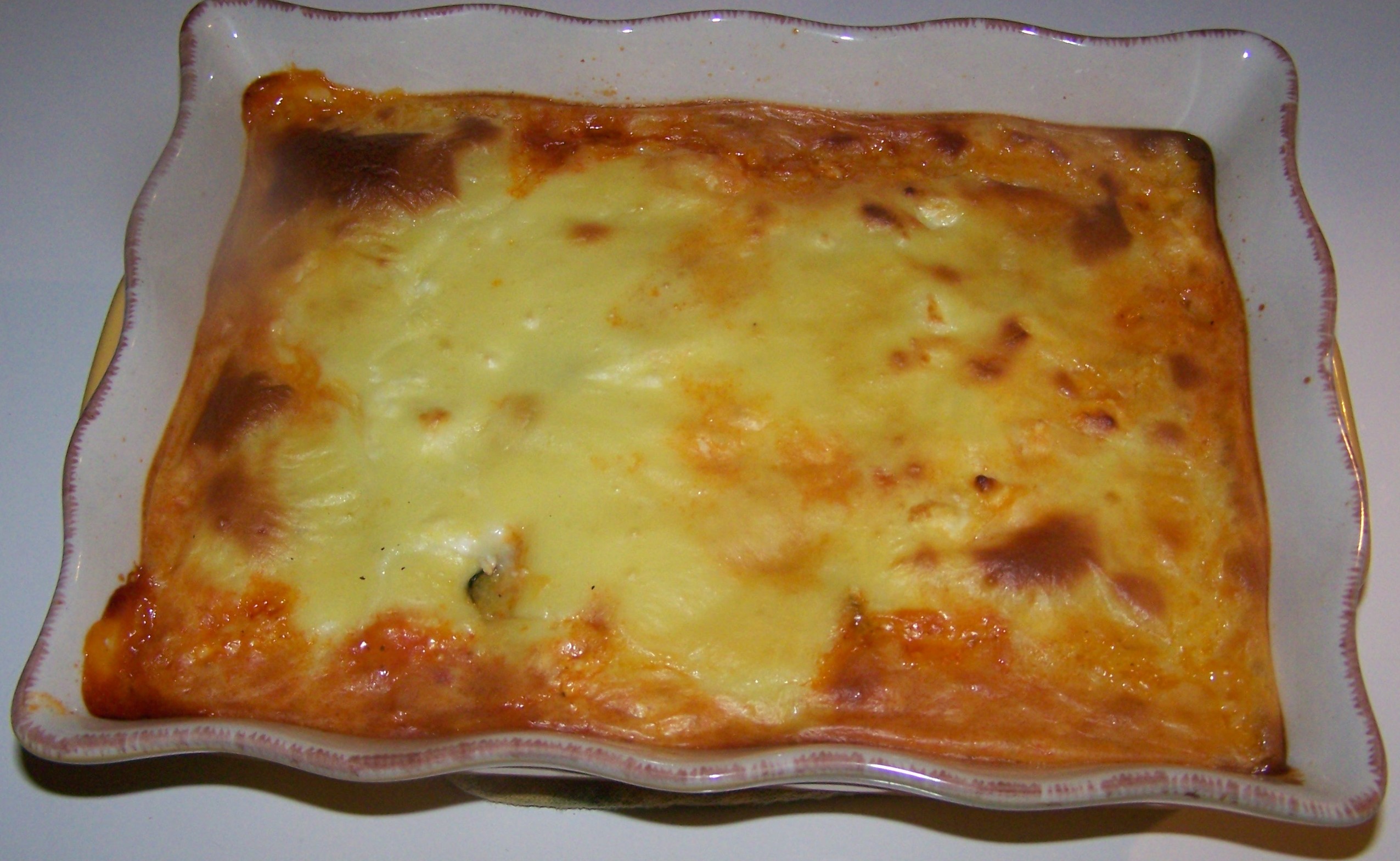 Eggplant is the most popular vegetable used in Greek moussaka, but in Greece, different vegetables, including zucchini and potatoes are used. Many people think the word moussaka means eggplant, but it actually came from an Arabic word meaning “chilled.” The casserole most people think of as moussaka probably got it’s name, not because of its ingredients, but because it was made ahead and chilled before baking. No matter it’s origins, the traditional moussaka dish that most are familiar with is a casserole with layers of vegetables, a meat sauce (often made with ground lamb, but also made with other ground meats), cheese, and a thick white sauce topping.

This Shortcut Zucchini Moussaka is a delicious and easy version made with that bumper crop of zucchini that most have around during the summer months. It can be assembled easily since it starts with Italian Meat Mix made from the Basic Italian Meat Mix Module; Greek spices are stirred in and the sauce is layered with sautéed zucchini. The topping is made in the microwave in just minutes with the Basic Cream Soup Mix.

Crusty bread and a salad are all that is needed to make a delicious, complete Greek meal. To make this dish more substantial, add a layer of thinly sliced, cooked potatoes with the zucchini.


You Should Also Read:
Other Recipes using the Basic Italian Meat Mix Module