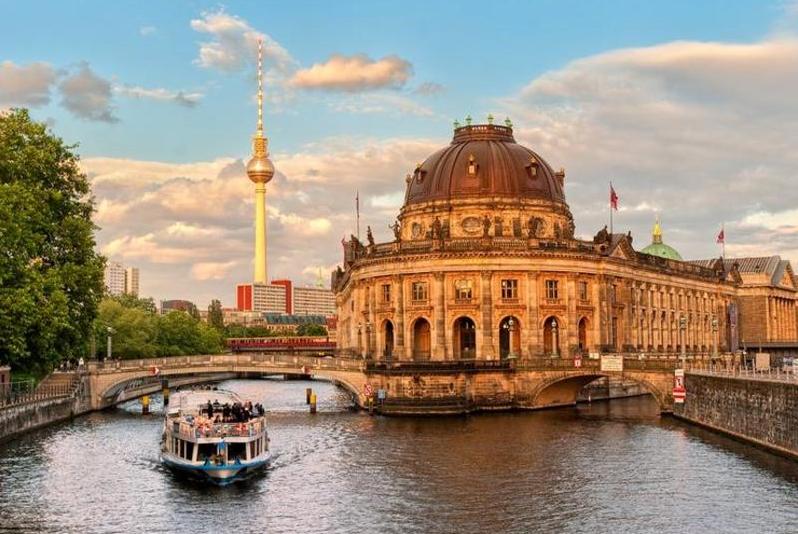 Germany is one of those places where there are so many art, history and science museums filled with priceless works of art, artifacts and exhibits, dating from prehistory through all the civilisations, that the phrase "spoiled for choice" is no exaggeration.

But the range of museums includes light hearted collections that view history and culture through different eyes, and here are just two of the many that are fun to visit.

In and around the capital of Bavaria, Munich, there is much to see, from castles, palaces, parks, and high end shopping to lake and forest areas, and of course museums of every size and genre.

Kartoffelmuseum , The Potato Museum, is one of the "quirky" ones. Its motto: The Potato as a Work of Art.

Founded by the Eckart family who in 1949 introduced dried potato powder to Germany, the museum follows the history of the potato from the days when it was grown and valued by the Inca nation. They were the first people to discover how to dehydrate the vegetable so it could be used later, and documents show the slow journey potatoes made before becoming today's worldwide culinary staple.

It went through various stages after it had arrived in Europe, including as a "novelty exotic plant" and fodder for livestock, before became a vegetable enjoyed only by the European "upper classes".

As protection against famine, and a plan that worked well until the potato blight of the 1840's, Frederick the Great of Prussia overcame his people's prejudice against the potato by using reverse psychology, and in the 18th century introduced it into the "every day" German diet.

Frederick had a field of potatoes planted and surrounded it with guards. This made sure peasants stole plants for their own gardens, believing anything worth guarding had to be worth stealing.

True to its name the Potato Museum concentrates on the potato, not the plant, and eight differently themed rooms are filled with its history, development, artifacts, potato related art of all types, including sculptures, watercolor and oil paintings, Andy Warhol prints, and exhibits made from potato.

Including potato carved face sculptures, which, as they are allowed to dry out and shrink naturally, after some months resemble shrunken heads. Called "Lebenslauf" - Life, as they wrinkle and become misshapen they represent a rather unflattering view of what happens to us as we age.

Rothenburg ob der Tauber is also in Bavaria, and as the most complete medieval town in Germany is one of the best known sights on the Romantic Road, and favorite tourist spot with its ancient walls, towers, gates and bulwark enclosing cobbled streets and half timbered houses.

A jewel of a town over 1,000 years old it escaped wartime bombing until March 31, 1945 when 40 percent was destroyed. However it was quickly rebuilt by the townspeople, often reusing the original pieces, and has been the inspiration for many films and books, including "Pinocchio's village" in the Walt Disney film and the town in "A Little Snow Fairy Sugar" the Japanese manga and anime series, as well as the location for the village scenes in "Chitty Chitty Bang Bang".

Rothenburg it is also the home of Germany's most important museum of legal history, the Medieval Crime Museum, covering seven centuries until the 19th century and showing the darker side of life facing those who lived in the Middle Ages.

In addition to the laws, customs, legal exhibits, seals and literature from the Germany of those days, including "the protocol for witch trials", the four floors show displays of the cultures 'common' instruments of torture. Often used for crimes as minimal as baking underweight loaves of bread, or a musician playing the wrong notes.

an iron maiden, join with objects such as the "flute of shame", hung around the neck of a musician who had not performed well, or the "shrews fiddle", a violin shaped yoke which seemed to have been used mainly on women who were considered to be argumentative, with both being used to parade the "offenders" around to be pelted with rotten vegetables and roundly humiliated.

And strangely enough, considering the subject and some of the exhibits, the topic can be classed as unusual but not really "fun" in the accepted sense, children enjoy the Medieval Crime Museum, regularly saying that it makes their history lessons come alive.

Both museums follow Germany's philosophy of sometimes using alternative or entertaining methods to make the world's culture and past accessible. A reason the museums are visited and enjoyed by people of all ages, interests and nationalities, despite both being in regions filled with so many other attractions.