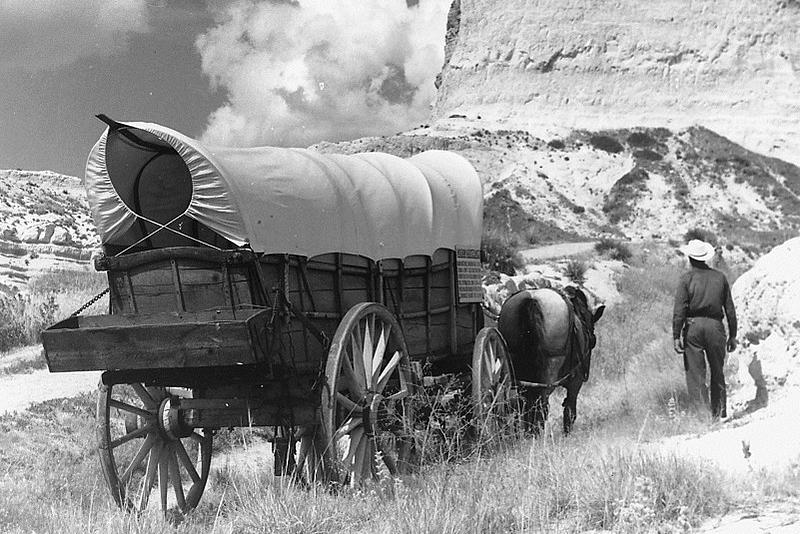 German Americans stem from a mixed community that kept to their individual cultures: the original immigrants thought of themselves as Bavarian, Saxon, Württemberger, Hessian, Rhinelander, the regions from where they had come, or were Lutherans, Calvinists, Catholics, Jews, Mennonites, grouped by their religion.

Not as 'Germans' because until 1871 there was no Germany, it was an area of separate German speaking states with different rulers, laws and customs.

Light blue is largest population of German ancestry in this 2000 census map.

Unlike some immigrant groups they blended quickly into the way of life in their new homeland, and, although in their hearts they might have kept a sentimental attachment to their individual traditions and customs, instead of placing an emphasis on 'ethnic origin' German Americans began early to identify themselves differently, such as by class or race.

Nevertheless the traits they had in common, enjoying life, working hard, thrift, practical skills, and an innate interest in the arts, meant what they achieved and contributed over the centuries had a deep and lasting influence and effect on the development and heritage of the United States.

Millions of 'ordinary' German Americans spread across the country enriching and assimilating the way of life, and helping to win and pass on the ideals and freedoms that Americans enjoy, while others have become household names.

Had there been no Baron Friedrich Wilhelm von Steuben, and the German American ten per cent of the British colonies population who, unlike the Anglo Americans, overwhelmingly supported the cause of American independence, there might never have been a United States of America.

The son of an officer, Friedrich Wilhelm von Steuben was born in Magdeburg, Prussia, in 1730, and as a soldier from the age of 16 fought in the various European wars with such success he was awarded the title Baron. When the American Revolution began he had a meeting in Paris with Benjamin Franklin and other Americans seeking support for their fight, offered his services as an unpaid volunteer and after landing in New Hampshire in 1777 traveled immediately to George Washington at Valley Forge.

Baron von Steuben transformed the colonies undisciplined army into the equal of the best of British soldiers, and helped achieve victory by using tactics learned in European wars and adapted to conditions in America. Later he laid the foundations for West Point where, with his German cultural background, he stipulated that the education of future officers should be broad based and include literature, geography, history and law.

The 'red tomato ketchup' in its distinctive container seen on tables the world over was popularized by Henry John Heinz, born in 1844 in Kallstadt, Pfalz. A small town in southwest Germany and an area which for years had suffered from wars and crop failures. His parents immigrated to Pittsburgh, Pennsylvania when he and his seven siblings were children, and forty years later, in 1885, it was from Kallstadt that Donald Trump's paternal grandparents also emigrated.

Using his mother's recipe for horseradish sauce, a German favorite, Henry John Heinz started a business and later developed 'ketchup' from tomatoes, seasonings and starch based on an adaptation of Chinese Catsup, "ke-tsiap", which had been brought to England where it had been used as a staple sauce since 1740.

Heinz was a marketing genius, as a Jonas Yerks is believed to have been the first man to make tomato ketchup a US national phenomenon by 1837, but today it is the Heinz 57 varieties slogan that is identified worldwide, with companies in 200 countries across the globe now selling some 6000 products, ranging from ketchup to baby food.

She was only ten years old, of Jewish faith, and her father already a captive, when Dr. Ruth Westheimer last saw her mother as her train drew away from a Frankfurt railway platform en route to Switzerland. One of many forced to flee Nazi Germany.

Arriving in the USA in 1956 via Palestine then France and settling in Manhattan, still with a distinct German accent and using a mixture of German frankness with quick wit, now Dr. Ruth is a household name as probably one of America's best known and respected therapists, with a reputation and following wide outside its borders.

Dr. Seuss's "The Cat in the Hat" is fun to read but also educational, using only the words first graders need to know. One of 50 timeless books published in over 15 languages, known and loved all over the world and written and illustrated by Pulitzer Prize winning Theodor Seuss Geisel, whose aim was to help and influence children by showing them that reading could be an enjoyable experience and not just 'work'. A way of opening doors that would otherwise be shut to them.

He said he wrote for "people" not only children, because "A person is a person, no matter how small", and adults of many nationalities continue to enjoy his works long after they have left childhood behind.

Born on March 2, 1904, and growing up to be bilingual in a family where German was spoken at home, as a child during World War I was the victim of anti-German bullying, an experience which sometimes influenced his writing. The Butter Battle Book, an anti-war story for children written during the "cold war", is an example. Both his parents descended from German immigrant families in Springfield, Massachusetts, his paternal Grandfather emigrated from Mühlhausen, Thuringia, and arrived in Springfield 1867, while his mother Henrietta Seuss's parents arrived later from Bavaria where their name is pronounced "zoice", not "zoos".

As Theodor Geisel's middle name it became one of the pseudonyms he used as an author.

"The more you read, the more things you will know. The more that you learn, the more places you'll go." Through his innovative approach to writing for children, and like the millions of German Americans who followed other disciplines or had different talents, Dr. Seuss, Theodor Seuss Geisel, had an enormous influence on American culture, society and life.


Photo credits: The Conestoga wagon, designed and built by German settlers in Pennsylvania. On the Oregon Trail: Department of the Interior. National Park Service. Scotts Bluffs National Monument - Map of German Population, in light blue, throughout USA, 2000 census. Both Public Domain via Wikipedia