Germany and its Turkish German Communities 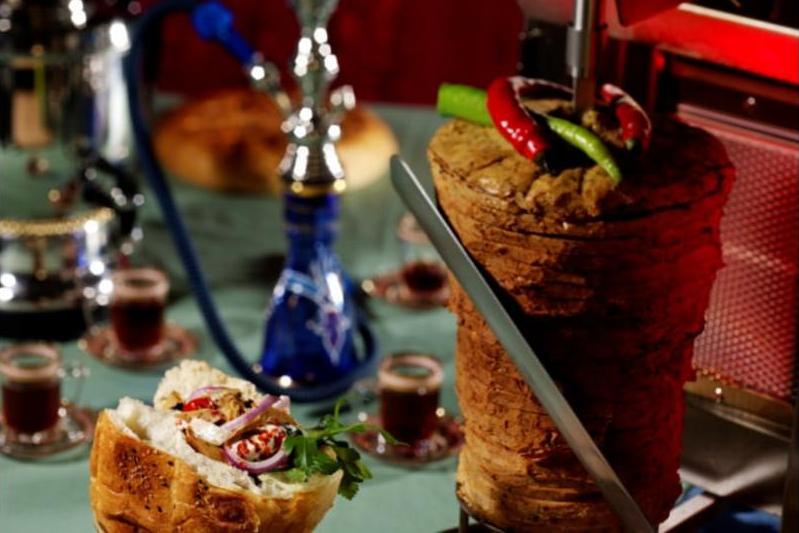 It was a West Germany enjoying a Wirtschaftswunder, Economic Miracle, which in October 1961 signed an agreement with Turkey that brought hundreds of thousands of Turkish ‘guest workers’ into the country.

The Turkish government expected money wired back to Turkey from Germany to stimulate their economy, and minimum wages together with

accommodation were promised the Gastearbeiters, in return for helping end the labor shortage during Germany’s economic boom.

As well as replacing those from the East who would have filled some of the vacancies if the Berlin Wall had not been built.

Intended to be a short term solution the mainly unskilled guest workers, who had compulsory medical and dental check-ups at the liaison office in Istanbul but did not necessarily need to be able to read or write, were to leave and return to Turkey after two years. Fifty years later the 2.4 million people of Turkish origin living in Germany are the country’s largest ethnic community.

Turkish communities in Germany powered German industry, settled in its cities, introduced the ubiquitous street snack Doner Kebab, which is now found even in the smallest of towns, into everyday German life. And with up to four generations of Turkish people to be found living throughout the country, their influence is to be seen everywhere.

Coming into a society not used to any form of immigration, and one where rejection of the strange and unfamiliar was a part of its culture, their path was not easy, and Max Frisch, an ironic Swiss playwright and novelist, summarized the situation in his famous quote:

"We wanted a workforce and got people".

Life is different in present day Germany where every fifth person has an ethnic minority background. Although it has taken some time society has changed, social inequalities between people with an immigrant background and those without have lessened, and studies show that 80 percent of Germans now believe that immigration, and cultural diversity, has a positive effect on the country.

While throughout the country Turkish cuisine is one of the most popular, with the Doner Kebab, a dish made from lamb, chicken, turkey or beef cooked on a vertical spit and sliced to order,

has been enthusiastically adopted as part of Germany’s culture. No longer considered foreign, it lies not far behind the nation's all time favorite fast food snack, Currywurst, in popularity.

There have been more positive achievements than negative, but dark sides also exist, difficulties with integration and a parallel world.

On average Turkish Germans have less money and remain less well educated than ordinary Germans or other immigrants, children growing up in families with no contact to German find school more difficult, and there are parents who prefer their children to help them and do unskilled work, rather than learn a profession or study.

Criminality among the young who have not completed their education, are unemployed, under employed, or feel discriminated against, is a problem.

Many older women because of their lack of German language, a patriarchal culture and a strong concentration on religion and tradition, never get a chance to take part in German life. Arranged marriages are another concern, with a quarter of Turkish women surveyed saying they had met their husband for the first time at their wedding, while nine percent had been forced into marriage, a Zwangsheirat.

Although surveys indicate that young Turks cling less tightly to Turkish culture than older ones, and the percentage of Turkish girls in Gymnasium, the highest form of secondary school in Germany, is increasing and now exceeds the percentage of Turkish boys, forced marriages still show little sign of going away, and are brought about by the wish to preserve the family's image.

Usually it is fathers who exert the most pressure and, while most of them have no more education than the original immigrants and 90 per cent of the mothers have had no formal education, this includes ‘fathers’ who have received a higher education and have professional qualifications.

The statistics from charities set up to help them show that to force victims into unwanted marriages more than half had been subjected to violent attacks, a quarter were threatened with death and 70 percent had received threats and blackmail.

They, and this includes some men, usually go through with the proposed marriages as the alternative can be ‘an honor killing’, their death, brought about by members of their close and extended family.

However for a lot of the young generation of Turks born in Germany it is more than ‘home in a foreign country’, they have assimilated aspects of both cultures, the discipline and organization of Germans and the openness and practicality of the Turkish, believing that the two cultures make them more open to third cultures, an advantage in both life and business.

Germany's Turkish community has become diverse over the years; with for example those in favor of women wearing headscarves as well as others against it, some who would not marry any one other than a fellow Turk while many have no problem with intercultural relationships, and Christmas 'Plaetzen', traditional cookies, trees and markets have become a part of life for many during December.

A German politician, and co-leader of the country’s influential Green political party, who was born in southwest Germany to Turkish immigrant parents, had a message for his fellow Turkish Germans, especially those with ‘a foot in both camps’.

"Forget about Turkey. You’re German now, not part of a long-forgotten homeland’s Diaspora. Start acting like it, learn the language and become citizens".

Especially during the last 20 years Germany has become a 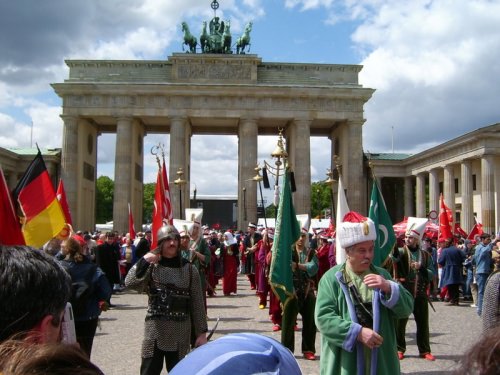 multi-cultural and more open society, and it is not only the immigrants to the country who, despite difficulties, have benefited from this change.

In the days when Turkish Gastarbeiters, guest workers, arrived at Platform 11 in Munich’s train station to be met by a foreign culture, wary people, strange language, different religion, an unheard of fondness for keeping pets, and European toilets, a divorced woman on her second marriage could never have become chancellor.

So one of the a beneficiaries of Germany’s changed society, for which immigrants from Turkey were among the trailblazers, is Chancellor Angela Merkel.

You Should Also Read:
Fifty years of the Berlin Wall
German and Mark Twain
Ten Fun Facts about Germany