Munich Olympics 1972, From Dream to Terror 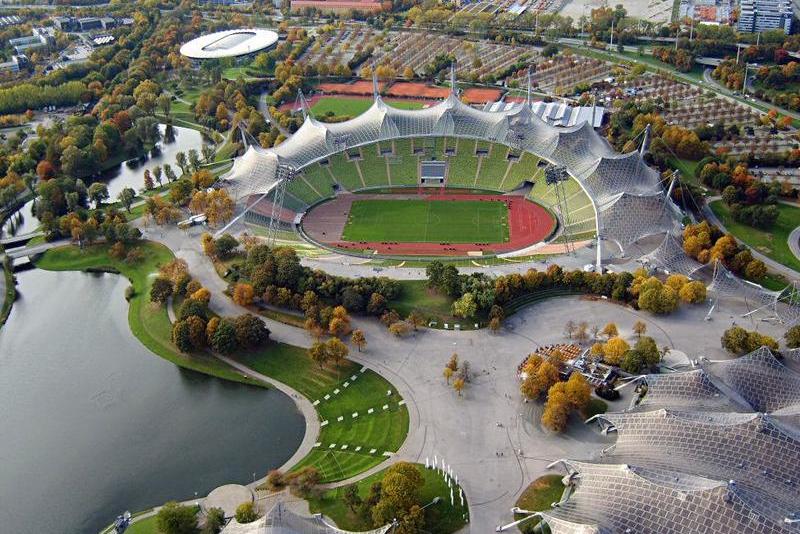 It began as a "dream" and ended in terror. The Olympic Park in Munich a revolutionary and pioneering design, its sweeping acrylic glass canopies symbolized a new democratic, transparent and optimistic Germany, while duplicating a panoramic view of the Bavarian Alps, and it was the home of the Munich Olympics 1972. The Summer Olympic Games.

The third time Germany had hosted an Olympic games, as in 1936 the country held both those for the winter and summer, and it was hoped that the 1972 Olympics would at least lessen the memory of Adolf Hitler, and his attempt to use them to 'prove' his theory of Aryan racial superiority.

A failure for him and his propaganda because the hero of the summer Games was an African-American, a sprinter and long jumper Jesse Owens, who won four gold medals.

The Olympiapark was constructed on Oberwiesenfeld, "upper meadow field", which had been a flat area just outside Munich, and from the beginning of the 20th century an airport for balloons and airships. After WWII the buildings were used by US broadcasters Radio Free Europe and Radio Liberty, while it also became a camp for most of the refugees who had arrived in Germany after the Hungarian Revolution.

As rubble cleared from the city after the war had been moved to Oberwiesenfeld, forming the basis of the hilly landscape of what is now the Olympiapark, and it also included one of Munich's three largest "Truemmerberge", rubble mountains. Hills built, often by Truemmerfrau, Rubble Women, from debris collected from ruins left after the wartime bombings.

It was to be a "Green Olympic Games", a harmony of landscape and architecture, and a park intended for use as a sports and landscaped recreation area long after the ending of the Games of the XX Olympiad, 20th Olympic Games, which were to be held from August 26 to September 10, 1972.

While Munich's Olympic Village, Olympishes Dorf, where the athletes were to stay, had been deliberately designed to be open and friendly, with security perhaps intentionally lax to ensure there was not a "Germanic" militaristic atmosphere.

But the 1972 Olympics Munich, and their ideals, were eclipsed by what has become known as the 1972 Munich Massacre. Covered by TV cameras, minute by minute developments were broadcast worldwide.

Many of the Israeli team had family members who had been victims of the Holocaust, while some were Holocaust survivors, but despite this they had decided to take part in an Olympic Games held on German soil. On September 5, 1972 a Palestinian group, Black September, entered the Olympic Village with the help of two athletes who were also climbing over the fence "out of hours", and, using stolen keys, entered the two apartments housing the Israeli athletes. Killing two and taking nine hostage.

Naming their operation "Ikrit and Biram", for

two Christian Palestinian villages from where Haganah, a Jewish paramilitary group, had forced out all the occupants, the eight kidnappers demanded the release of hundreds of prisoners held in Israel and members of a German group, the Red Army Faction, imprisoned in Germany.

Israel refused to release the prisoners and the terrorists refused to relinquish their demands, at the same time the group were watching the developments on television so found out about the various rescue attempts which were being planned, and could outmaneuver them.

They eventually murdered the nine remaining Israeli hostages during an attempted hostage rescue. A West German police officer also lost his life, and five of the assassins were killed in the rescue attempt, the remaining three were captured and imprisoned.

These were released two months later as "ransom", after the hijacking of a Lufthansa airliner by two fellow members of the Black September group, and it is believed that most of those suspected of any involvement in the Munich massacre were found and executed by Israel's Mossad.

Despite this dark beginning, in the years since Munich's 1972 Olympic Games its park has become a recreation center, for visitors from the city and surrounding area as well as travelers to Munich and Bavaria. One of the greatest event and leisure centers in Europe. Swimmers enjoy the Olympic pool, joggers, cyclists and walkers the landscaped park.

For visitors and locals alike who climb the Olympiaberg, Olympic Hill, built all those years ago with debris from a war and sitting alongside an artificial lake, there is an amazing view across the roofs of Munich to the German Alps. A view that is even more spectacular with the snows of winter, when the hill is a favorite spot for sledging, cross country skiing and snowboarding.

At the same time the Olympia Park and Olympia Stadium are home to all types of cultural and commercial events, national and international sporting competitions, open-air concerts and festivals. There is an Aquarium-Zoo with over 10,000 different water creatures, skating rink, a 'roof-climb' - a tour for the adventurous on top of the roof covering the Stadium, and BMW Welt, a fascinating interactive journey through motoring history housed in its own unique piece of architecture.

In the history of the modern Olympics, Munich is the only city to have had such a positive experience with the continued use of facilities built for the Games. .

While the Olympic Village, where the athletes stayed, has become the most sought after student housing in Bavaria. 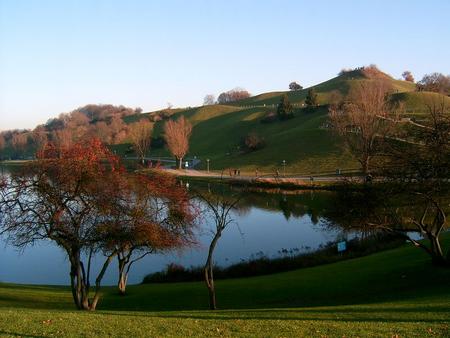 It began as a "dream" in 1972 Munich and was faced with terror, despair, and loss of life and ideals, but despite such a devastating beginning, with the memories this still holds, it is now impossible to think of the city without its Olympic Park. It is a legacy from the Games to the citizens of Munich, and one which, over the last forty years, has become as much a symbol of Bavarian life as King Ludwig's fantasy castle, Neuschwanstein.