There are so many reasons to visit Germany in the summer or anytime of the year. It hasn't only been a battlefield since the Romans swept into the area, and brought with them asparagus, chestnut trees, amphitheaters and baths, but a country with an amazing legacy from nature and history.

And against this backdrop, over the last 2,000 years it has become a playground filled with tradition, festivals and events.

One of the best ways to explore Germany, even more especially for either the first time traveler or an enthusiast with a specific interest, is to take one, or more, of the "Tours of Discovery. The over 150 theme routes crisscrossing the country, each featuring a different aspect of the country's regions, history, and scenery. 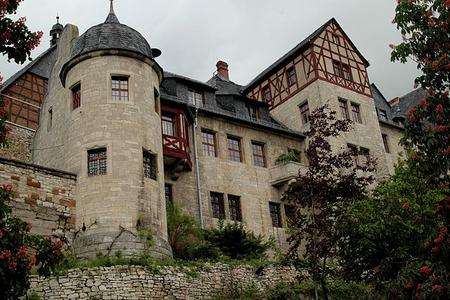 Always a scenic drive, routes range from those covering Germany's Mountains, Wine, Cuckoo Clocks, Industrial Heritage, which includes the golden age of steam, Cheese, Asparagus, Half Timbered "Fachwerk" Houses, Castles, and the gems of the German Renaissance, to a trail featuring 17th century Baroque monasteries, castles and other buildings, and the European Celtic Route with its 2,500 year old history of druids, princes and warriors.

There is also one for Beer of course.

All pass through ancient towns and past stunning scenery, with something for everyone and every interest.

During the summer, regardless of the absence or otherwise of actual sun, on any one of these German theme routes you are sure to come across one of the thousands of summer festivals that begin to take place from the first sign of spring.

Coming in all shapes and sizes they are as varied as the Mining and Rose Festival in Saxony-Anhalt, its evening concert surrounded with the scent of 8,300 different varieties of rose, to a jump back in time with the many medieval markets accompanied by court musicians, knights, jesters and blacksmiths.

Or Bremerhaven Festival Week, filled by shows, fireworks, music and ships, ships and more ships, while in Baden-Württemberg there is the Esslingen Onion Festival, Esslinger Zwiebelfest. This isn't only about "Zweibel", but also a host of regional specialties, including local wines and the spätzel noodles...that are delicious with onions.

At the nearby Lake Constance island of Reichenau's lakeside Wine and Fish Festival, superb food and fine wines are accompanied by music from a host of bands, once again proving the rumor that German cuisine stops at sauerkraut and sausage is just that...a rumor.

For anyone making a winter visit the season will have changed but the routes remain the same, and are just as accessible, even if the weather makes the advisability of cycling or walking them not impossible but definitely debatable.

But for some weeks they offer quite different perspective, thousands of different Weihnachtsmarkte, Christmas markets, ranging from huge and crowded to rural and "gemütlich", which begin in November and remain throughout Advent, are often covered by snow and a delight for all the senses.

Germany has 44 of the 1073 features listed by UNESCO World Heritage as the greatest legacies of mankind and nature.

Historical buildings, cathedrals like Cologne Cathedral, natural sites such as fossil hunting at The Messel Pit in Hesse, which dates back 47 million years, the remnants of five ancient beech forests, as well as industrial sites. The 19th century Zollverein Coal Mine in Essen with its outstanding architecture for example.

Rhineland-Palatinate and Hesse have the Middle Rhine Valley's castles, historic towns and vineyards, and Bavaria has an entire medieval and renaissance town, the old town of Bamberg with its ancient center lying between the Main-Danube Canal and both arms of the Regnitz river, as well as Würzburg Residence Palace.

Known as the Baroque "Palace of Palaces", the stunning Würzburg Residenz is the first, or last, highlight along the Romantic Road, depending upon which direction you take.

Linking nature with cultural highlights, and providing a great "jumping off point" for exploring other aspects of the country and its traditions, theme routes are surrounded by the history and culture of Europe, a world of castles, medieval towns, cities, monasteries and cathedrals, and largely unspoilt naturally beautiful landscapes.

It would be hard to find a more inspiring way to travel than following a German tourist route.