Cats in the Sky 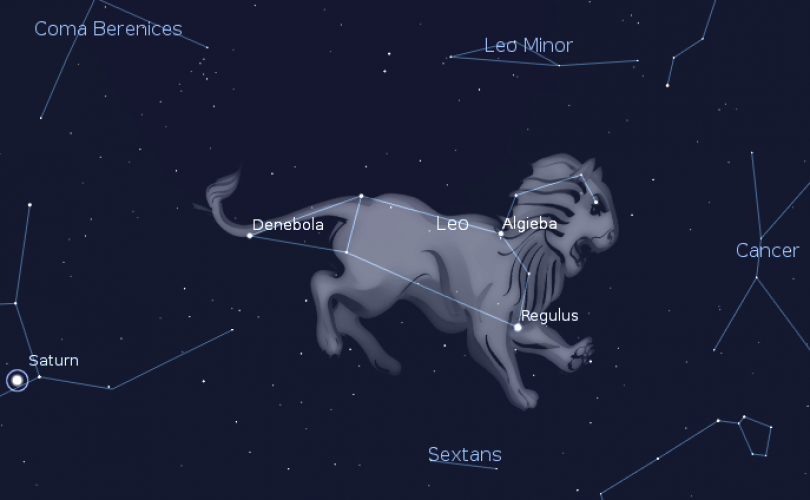 But what about cats in the sky?

Two real cats went into space in the 1960s, courtesy of the French. Felicette, a black and white cat, was the first. She was recovered safely from the space capsule. I couldn't find out anything about the second one except that (s)he didn't survive the trip. Mercifully, there have been no further astrocats.

It would take an altogether bigger cat than Felicette to make the "cat scratches" on Saturn's moon Titan. Anyone with a cat has probably seen something similar on furniture or wallpaper! The Titan image was generated from radar data, since radar can penetrate the thick clouds that hide the moon's surface. It's difficult to interpret photographs of distant bodies and radar data is even harder. Planetary scientists are still debating what the "cat scratches" are.

By the way, the Titan picture from top to bottom shows a distance of 300 km (186 miles), suggesting a fairly large cat would have to be involved. Yet it would be small compared to a cat that could make a paw print 50 light years across, which is how big the Cat's Paw Nebula is.

The Cat's Eye is a different type of nebula to the Cat's Paw. It's a planetary nebula. Such a nebula has nothing to do with planets, but in 18th century telescopes it appeared as a disk, like a planet. Planetary nebulae are formed from dying stars puffing off their outer atmospheres. You can see the Cat's Eye nebula in this lovely image - the colors have been enhanced.

Since domestic cats don't feature in classical mythology, they missed out in the constellations. Nonetheless there are three constellations representing big cats: Leo, Leo Minor and Lynx.

Leo the lion is a zodiac constellation and well known. It has represented a lion for thousands of years in a succession of cultures. Leo Minor however is not a classical constellation and its stars are faint. A casual stargazer - or one that lived in a city - wouldn't even spot it. Johannes Hevelius, Polish astronomer, engraver and celestial cartographer, invented it in 1687. It's located near Leo.

The third big cat is Lynx. Although Ptolemy listed some of its stars in the fourth century BC, he didn't consider them part of a constellation. It's another constellation invented by Hevelius. Lynx is large, filling in the space between Ursa Major and Auriga. Despite its size, the stars are faint, which is probably why there was no constellation there before. Hevelius maintained that you'd need the eyesight of a lynx to see it. He was proud of his own eyesight and refused to observe with a telescope.

In the 20th century the International Astronomical Union divided the sky into 88 constellations. Before that astronomers and celestial cartographers could invent new ones. Although some caught on, sadly for cat-lovers, Felis was one that didn't.

Felis was the invention of 18th century French astronomer Jerome Lalande. Johannes Bode included it in his atlas Uranographia, but few others followed suit. Lalande said, "I love cats very much. I will have this picture engraved on the star map. The starry sky has made me tired enough all my life to allow me to have a little fun now."


You Should Also Read:
Who Let the Dogs out?
What Is a Nebula
What Are Constellations