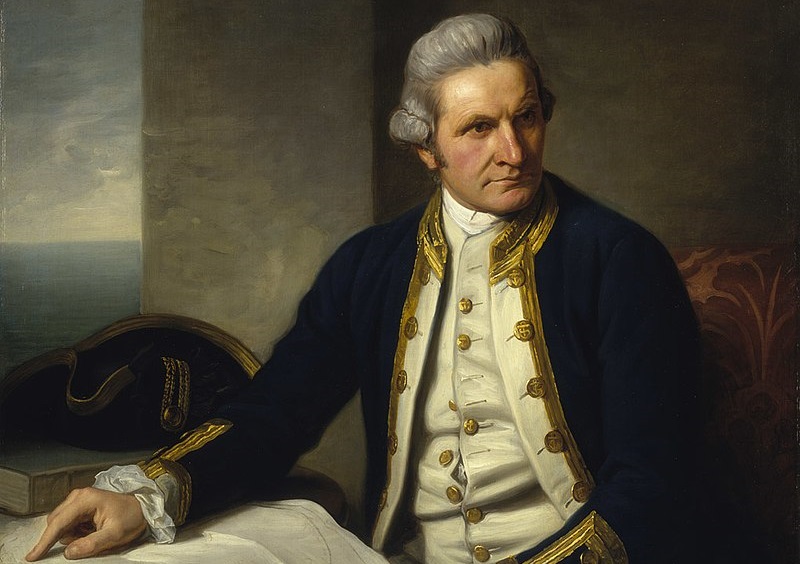 How big is the Solar System? Eighteenth century astronomers wanted to know, and the work of Johannes Kepler brought them teasingly close. The distances from the Sun of all of the known planets had been calculated in terms of the Earth-Sun distance, the astronomical unit (AU). But how could you measure the astronomical unit?

Parallax
In 1716 Edmond Halley (1656-1742) suggested using a transit of Venus to calculate the astronomical unit using parallax. Parallax is the apparent shift of a viewed object when seen from two different locations. Our brains can use parallax for depth perception because we have two eyes. Hold up a finger and look at it first with one eye closed and then the other to see a shift.

Observers in northern and southern hemispheres would see the transit in slightly different positions, creating a parallax. Using the angle of the apparent shift, some trigonometry and Kepler's law, they could calculate the Earth-Sun distance.

Halley didn't live to see the transits in 1761 and 1769. Nonetheless his seed of an idea grew into a great international scientific undertaking that was respected even by countries at war.

Transit of Venus 1761
Over one hundred observers from nine nations set off around the world to take measurements. It was essential to time four contact points where the rim of Venus touches the rim of the Sun.

Besides the usual bad weather that may accompany astronomical events plus the dangers of 18th century travel, the observers came up against the problem of the black drop effect. This made it difficult to determine when the contacts occurred. The second and third contacts gave the most difficulty. Even at the same site, the measurements of the observers differed as shown in the drawings of Captain Cook and Charles Green. (It seems that this effect is caused by a combination of diffraction, imperfect telescope optics and the fact that the gaseous Sun doesn't have a hard edge.)

Nonetheless, undeterred, people were ready to try again when the second of the pair of transits occurred in 1769.

Captain Cook and Endeavour
The Royal Society in England decided to send an expedition to recently-discovered Tahiti to observe the transit. James Cook was chosen to lead it. The British Admiralty (the government department in charge of the Royal Navy) also had a secret mission for Cook. After the transit he was to look for Terra Australis Incognito (unknown southern continent) which was thought to exist, although no European ship had been there.

On August 26, 1768 HMS Endeavour set sail with 94 people on board. But going to the south seas in those days was no pleasure cruise. In addition to the mishaps that occur on ships and shore, long voyages commonly lost half the crew to scurvy. They would not only be braving severe storms, but in sailing westward across the seas they would not even have accurate knowledge of their longitude. And of course, following the transit, they would be in uncharted waters.

Transit of 1769 in Tahiti
Endeavour arrived at Tahiti in good time for the transit. They set up an observatory at a spot they named Fort Venus. Two other groups went to other observing sites in order to ensure their best chances for clear weather.

On the day of the transit, they were blessed with a clear sky, but also came up against the black drop problem. In his journal Cook wrote about this difficulty and said that “Dr Solander observed as well as Mr Green [ship's astronomer] and my self, and we differ'd from one another in observeing [sic] the times of the Contacts much more than could be expected.”

The astronomical unit
The data from around the world had the same measurement problems Cook's expedition encountered. Nonetheless French astronomer Jerome Lalande used data from both of the 18th century transits and came up with an estimate of 153 million km (plus or minus one million) for the astronomical unit. This remained the best value until the nineteenth century transits allowed further refinement.

The modern value of the astronomical unit is 149,597,870.7 km (plus or minus three meters). Such precision wasn't done with trigonometry, but with new technology. It was obtained by timing radar signals bounced off Venus.

After the transit
Captain Cook made quite a number of discoveries, though, of course, the people who lived there had already discovered them. He also claimed land for Britain and carried out extensive mapping. They learned a good deal about the plants and animals of the southern lands, for on board were naturalists Daniel Solander and botanist Joseph Banks.

Cook claimed the remarkable achievement of having lost no men to scurvy during the three-year voyage. That seems not to be entirely true, though most of the deaths that occurred were from diseases acquired in the East Indies when they were homeward bound. Although they didn't know about Vitamin C then, Cook realized that scurvy was related to a poor diet. Unfortunately fresh fruits and vegetables weren't always available, and no one understood that the essential vitamins could be destroyed by the processing they got.

Endeavour itself ended its life renamed Lord Sandwich and serving as a British troop transport during the American War of Independence. It lies somewhere at the bottom of Newport Harbor in Narrangansett Bay, Rhode Island, for it was one of the ships scuttled by the British to prevent French ships from sailing into the harbor to aid the rebels.