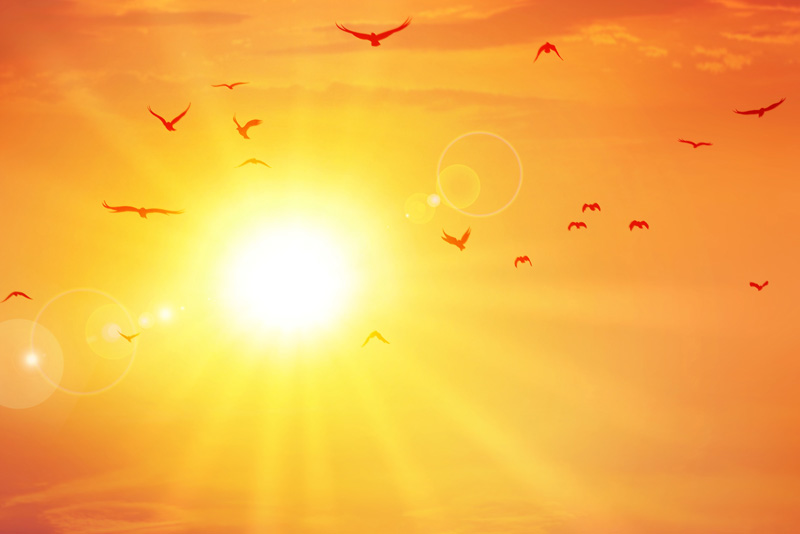 Some questions have intrigued philosophers since ancient times. One of them is: What is everything made of? And another: What makes the Sun shine? In recent centuries scientists have taken on the challenge of answering them. In The Magic Furnace Marcus Chown tells a fascinating story of the people who found the pieces of these puzzles, and in putting them together, discovered that the two questions are related.

The narrative starts in ancient Greece, but then takes in some of the great scientific discoveries of recent centuries. We see how careful experimentation, inspired theories, serendipity, the Big Bang and the biggest explosions in the galaxy all contributed to our understanding.

The Greek philosopher Democritus (c. 460-370 BCE) thought that everything was made of atoms. This sounds quite modern, but his understanding of atoms was nothing like ours.

Yet the concept of atoms is a fruitful one for it leads to more questions, starting with: What are atoms? Where did they come from? Are they really the smallest things, or can we break them up? Democritus never found out, but by reading this book you can travel through time to see how these questions were answered.

With regard to the Sun, Greek philosopher Anaxagoras (c. 500-428 BCE) made one of the first suggestions. He said the Sun was "a red-hot ball of iron not much bigger than Greece." Of course, his estimate of size was off by a factor of a few million, but interestingly, astrophysicists in the 1940s still believed that the interior of the Sun was mostly iron.

So we have a pair of mysteries that are actually different aspects of the same mystery. Many people worked their way through the clues and past the red herrings — and I should emphasize people, because this activity wasn't occurring mechanically. Interesting people, often living in turbulent times, were doing it.

Indeed, considering the complexity of the story, the book could easily have ended up scrappy, unfocused and overlong. But not a bit of it. Marcus Chown has woven the strands together beautifully and each bit segues neatly into the next. There is enough information about the protagonists to keep up the human interest without slowing down the detective story. Although I had known many bits of this history, I was still captivated by the unfolding of the tale. It's a great read.

My favorite anecdote was about German physicist Felix Houtermans whose calculations showed that hydrogen fusion could power the Sun. That evening, his girlfriend remarked on the brightness of the stars. And in what must be the ultimate geek line, he told her that he was the only person in the world who knew why they were shining. (I'm not entirely convinced that it happened, but it's still a good story.)

By 1952 physicists had produced equations showing how some elements were produced in nuclear reactions in stars. However there still seemed to be no way of accounting for the production of carbon, until the English astrophysicist Fred Hoyle got to work. This is my second favorite anecdote.

Hoyle had an idea about the reaction that would make carbon. He did the math and found that carbon could be made from the fusion of beryllium and helium IF carbon had the energy state he had calculated. But did it?

In order to find out, Hoyle did two things. First he cut to the chase. After all, all life on Earth is based on carbon, so it's made. Therefore the energy state he calculated must exist even though no one had yet found it.

Secondly, he went to Caltech's Kellogg Radiation Lab and persuaded Willy Fowler that it was an idea worth pursuing experimentally. Fowler's lab did, in fact, discover the needed energy state. Another great story!

My only quibble with the book is that although the author explains the science clearly, there are places where I would have appreciated diagrams. For example, the "curve of binding energy" shows how stable an atomic nucleus is. I wasn't really comfortable with a mere description of this graph instead of being able to see it.

And the magic furnace? That was the big unknown, the place where the various elements could be forged. If you haven't guessed, here's a hint. We — and everything around us — is mostly stardust.

Note: I bought, with my own funds, the copy of the book which I used for this review.

You Should Also Read:
Empire of the Stars - book review
Stellar Misunderstandings
Death of a Massive Star