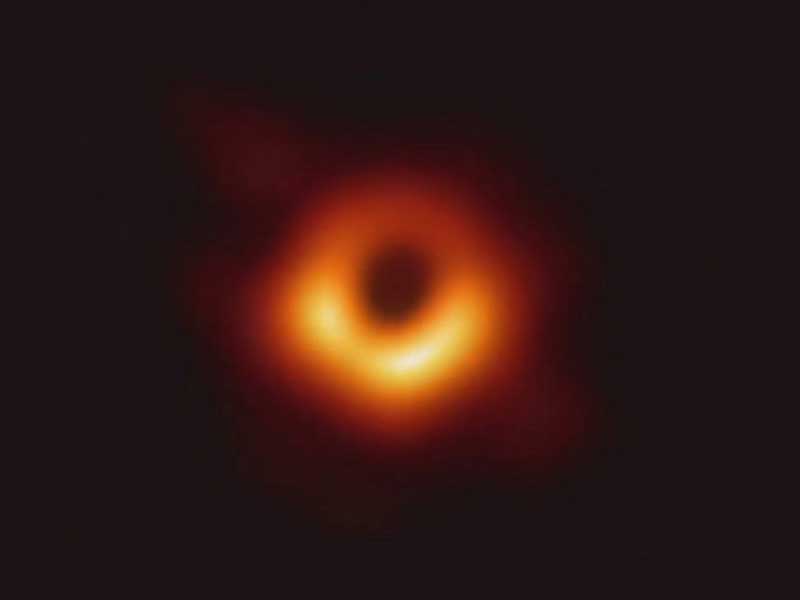 Although space missions were a big feature of European AstroFest 2020, the conference included a range of topics. Among others, we heard about our debt to massive stars, black holes, our explosive Sun, and the question “Who owns the Moon?”

Massive stars are doomed
Massive stars burn bright and die young. Our Sun, halfway through its lifetime, is 5 billion years old. But Orion's red giant Betelgeuse – some 45,000 times more luminous than the Sun – is only 10 million years old and nearing its end. Raman Prinja of University College London (UCL) explained why we're indebted to these massive stars.

The Big Bang produced only the lightest elements: hydrogen, helium and some lithium. A massive star's core is a nuclear reactor where lighter elements fuse into ever heavier elements until the core is iron. Gravity can't collapse a star while the energy from nuclear fusion provides an outward pressure. But iron can't fuse to release energy, so when the star's core is iron, it collapses suddenly. Quantum forces cause a rebound and the result is a massive explosion called a supernova. It scatters the heavier elements into the surroundings.

Not only are massive stars the agents of chemical change in galaxies, but they also cause physical changes. Their strong stellar winds excavate large cavities, and our Solar System may have formed in such a giant bubble created by a massive star.

Black holes
If a star is massive enough, a supernova may leave a black hole whose enormous gravity traps light at what's known as the event horizon. This makes it black, although since it's extremely dense, it isn't really a hole. In 2019 the first image of a black hole, shown above in the header image, was released by the Event Horizon Telescope (EHT) collaboration. Ziri Younsi of UCL's Mullard Space Science Laboratory was the project's only researcher from the United Kingdom.

The EHT imaged a supermassive black hole some 55 million light years away in the heart of galaxy Messier 87. The black hole itself, of course, can't be seen, but the area surrounding it was imaged.

Younsi gave a brief view of the history of our understanding of black holes. The general acceptance of their existence belongs to recent decades, but the idea isn't new. 18th-century English natural philosopher John Michell said that there could be massive “dark stars” whose gravitational pull was so strong that light couldn't escape from them. We now accept that the intense gravitational field of a black hole warps time and space around it, and traps light within its event horizon.

Katherine Blundell, University of Oxford, studies the winds and jets commonly associated with black holes. Jets are narrow streams of high-energy particles that stream away from outside the event horizon. [Artist's impression of jets, NASA Goddard Space Flight Center/C1 Lab] They're visible because their energy makes them glow brightly. We may be able to learn something about the black holes themselves by observing the jets.

Comprehensive monitoring of jets needs sky coverage and telescope time. Blundell founded the Global Jet Watch project with a dual purpose. Its telescope network gives 24-hour coverage of the sky and each of the five telescopes has research grade instruments. In addition, four of the telescopes promote astronomical learning. They're located in the grounds of boarding schools in Chile, South Africa, India and Australia, and students are actively involved with them. The results go to astrophysics researchers in Oxford.

Solar flares
Supernovae are some of the biggest bangs in the Universe, but Philippa Browning (University of Manchester), says that the most powerful explosions in the Solar System are solar flares.

The solar corona is the tenuous outer part of the Sun's atmosphere. It's visible during a solar eclipse. The rapid release of energy stored in the corona's magnetic field causes the flares. Gas is heated to tens of millions of degrees, creating beams of high-energy charged particles that stream into space as a supersonic solar wind. They're often associated with events called CMEs that fling clouds of plasma into space. If they come our way, Earth's magnetic field provides some protection. However, radio blackouts, and damage to satellites and power systems may result.

Who owns the Moon?
Christopher Newman of Northumbria University has an unusual interest in space: space law. It exists in the 1967 Outer Space Treaty, and as part of existing legal systems where they deal with space. The treaty and related laws have been dominated by the res communis doctrine, the concept that outer space belongs to mankind. This means that states can't make claims of sovereignty on the Moon and are responsible for overseeing the activities of their citizens. You can use space, but not own it.

Newman argues that we need space law, amongst other reasons, to help states and private actors to collaborate. In order for space mining and colonization to provide the resources that they promise, a robust legal framework is needed. Otherwise the dream of space entrepreneurs could become mired in conflict and litigation.

We need to be working this through now when such activities aren't yet possible. A legal framework and the collaboration of public and private sectors could both encourage development and provide safeguards. But he admits that the boundary between using space and not owning it will need considerable clarification and negotiation.

Note: I attended AstroFest as a guest of the organizers. My thanks to Steven Young and everyone at Astronomy Now.