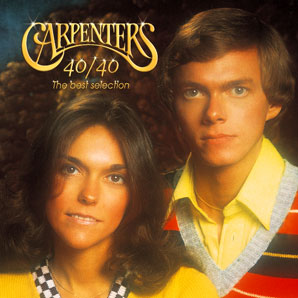 The Carpenters were the soft pop or sunshine pop brother and sister duo who reached worldwide popularity throughout the 1970s. Made up of Richard Carpenter and younger sister, Karen Carpenter, the two were from New Haven, CT before moving to Downey, CA. While Richard had mastered the piano at an early age, Karen found her talent with drumming and eventually found herself front and center on stage as the duo’s popularity soared. With such hits as “(They Long To Be) Close To You” and “Top of the World”, the pair quickly became one of the music’s most popular duos. Here are a few fun facts about The Carpenters.

The Trio Before they became known as the Carpenters, Karen and Richard were part of the Richard Carpenter Trio with Wes Jacobs. In 1966 they entered and won the annual Hollywood Bowl’s Battle of the Bands. They were signed with RCA but were eventually released. The trio disbanded in 1967.

The Duo Richard and Karen, as a duo, signed with A&M Records in April 1969. Their first single, a cover of the Beatles’ “Ticket to Ride” was released in November 1969 and beaked at number 54 on the Billboard charts.

The Hits The duo’s second single, a Burt Bacharach penned tune called “(They Long To Be) Close To You” would top Billboard’s charts for four weeks. Their songs “Top of the World” and “Please Mister Postman” would also reach number one on the charts.

On The Cover The Carpenters were featured artists on the cover of the July 4th, 1974 issue of Rolling Stone magazine.

The Star The Carpenters were awarded a star on the Hollywood Walk of Fame on October 12th, 1983. Located near 6931 Hollywood Boulevard in Los Angeles, CA, the Star was awarded eight months after Karen Carpenter’s death.

In The Movies The Carpenters’ music can be heard in a number of films including, “We’ve Only Just Begun” in “1408” and “Starsky & Hutch” and “Superstar” in “Ghost Rider” and “Tommy Boy”.

Anorexia Awareness Karen Carpenter’s death brought a public face to the plight of Anorexia. Karen had secretly battled the disease for years before collapsing at her parents’ home on February 4th, 1983 and passing at the age of 32.

Going Solo Karen had recorded only one solo album during 1979 and 1980. However, the album was shelved and not released until 1996, eventually selling over a million copies worldwide. Richard would release two solo albums after Karen’s death.