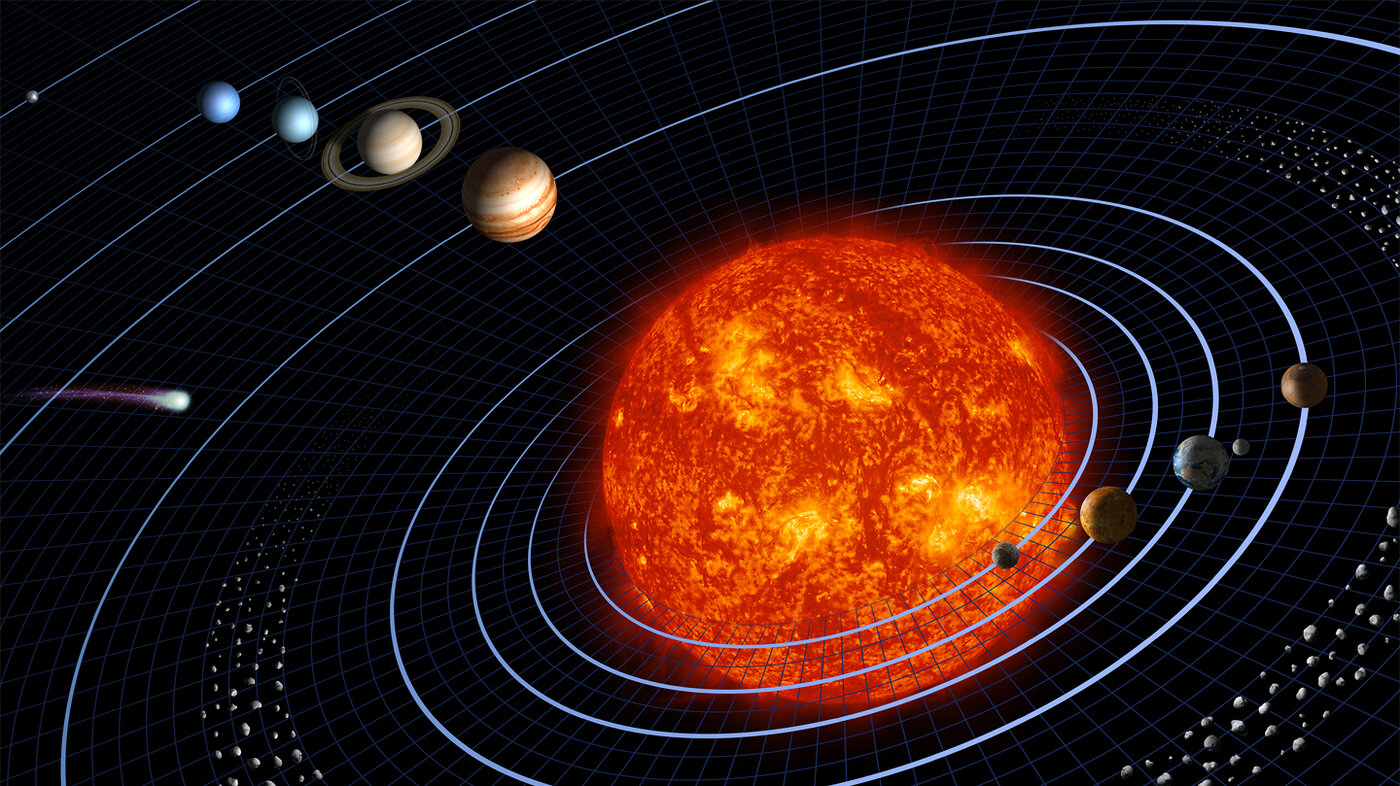 The International Astronomical Union (IAU) is in charge of naming heavenly bodies. Although it has a convention for naming exoplanets (those orbiting other stars), but Solar System planets have already been named. If a new planet is discovered, the naming will be resolved then.

So how did fifteen planets in the Solar System get their names? And if there are eight planets now, what happened to the other seven?

Seven classical planets plus one
Six of our eight planets were named a few thousand years ago. One was Earth (or its equivalent in other languages) but it wasn't considered a planet until a few centuries ago. It was the ground where we live – the firmament, as distinct from the sky whose main fixtures were stars and seven wanderers.

Two of the wanderers (in Greek: planetoi) were the Sun and the Moon, no longer considered planets. The other five were the planets visible with the unaided eye: Mercury, Venus, Mars, Jupiter and Saturn. The Romans associated each of them (including the Sun and the Moon) with one of their gods. Mercury was the swift messenger. Venus was the goddess of love and beauty. Blood-colored Mars was the god of war. Jupiter was the ruler of the Olympian gods, and Saturn, the god of agriculture and prosperity, was his father.

The Roman association between planets and gods came from the Greeks – the Romans just substituted their own gods for the Greek equivalents. The Greeks, for their part, got the idea from the Babylonians, an ancient Middle Eastern empire of four to five thousand years ago. For example, the planet Venus was the Babylonian Ishtar, goddess of love, fertility and, interestingly, of war.

New planets
On March 13, 1781 William Herschel discovered a new planet. He named it Georgium Sidus (George's Star) after King George III of England. Astronomers in other countries ignored the name, most just calling it Herschel. German astronomer Johann Bode proposed the name Uranus, the Latin form of Ouranos, Greek sky god and father of Kronos (Roman Saturn). It didn't catch on immediately, but was accepted by the mid nineteenth century.

The naming of Neptune was more complicated.

Then the English Astronomer Royal George Airy got involved. He pointed out that Englishman John Couch Adams had done calculations similar to those of Le Verrier, and based on this English involvement, proposed calling the planet Oceanus. Relations between the French and the English (as ever) were strained. Over time the non-political Neptune came into use.

The little ladies
In 1772 Johann Bode published a mathematical formula that gives the distances of the planets from the Sun. Uranus fit the pattern, but there should have been a planet between Mars and Jupiter. A group of astronomers organized a search for it, and the Germans had already decided to call it Hera (after the wife of Zeus).

Sicilian astronomer Giuseppe Piazzi discovered the planet on New Year's Day 1801. Jubilation in the astronomical community, except for Piazzi's getting annoyed with the Germans! "If the Germans think they have the right to name somebody else's discoveries they can call [it] anything they like," but he was calling it Ceres Ferdinandea. Ceres was an agricultural goddess and Ferdinand the king of Siciliy. The full name was both too long and too political, but the name Ceres won out.

Finding one planet was worth a celebration, but then in the same general orbit, a second one was found – it was named Pallas for the goddess Athena. Then a third, called Vesta (a Roman goddess). And in 1807 a fourth, which became Juno, the Roman equivalent of Hera. William Herschel suspected from the start that this was something new. He called the new bodies asteroids as they were so small that they looked like little stars through a telescope.

These first four objects were listed as planets, but those found in the 1840s were asteroids. By the 1850s even the original four were called asteroids. Ceres is now also a dwarf planet.

Pluto and Eris
Clyde Tombaugh and the Lowell Observatory chose the name Pluto that was suggested by an 11-year-old English schoolgirl named Venetia Burney. Pluto was the Roman god of the underworld. The IAU readily accepted the name.

In 2005, an object that seemed to be larger than Pluto was discovered. It would have been a planet, but in 2006 both it and Pluto became dwarf planets. The IAU accepted the name Eris proposed by the discovery team – she was the sister of Ares in Greek mythology and the goddess of discord.

Extrasolar planets
The general IAU convention for exoplanets is simple. A planet's designation is its star's designation plus a lower case English alphabet letter. The letter shows the order of discovery, starting with "b" for the first one, then "c" for the second, etc. The star itself is considered the "a" member of the system.

Extrasolar planets don't routinely get names. However following a new IAU policy of public engagement, a number of exoplanets and their stars were officially named in 2015. This followed a public vote on name suggestions from organizations around the world.

You Should Also Read:
What's in a Name
Naming Stars
Eris and Pluto - They're not Twins