February Ends on a Leap Day 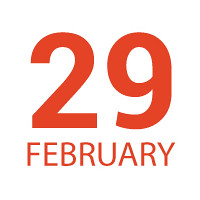 When Julius Caesar returned from Egypt, he said, “I came, I saw, I added a leap day.” 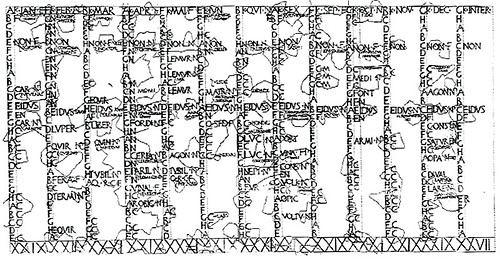 Well, the quote may not exactly be verbatim, but we really do have Caesar and the ancient Egyptian calendar to thank for February 29. Two years before his brutal assassination in the Roman Senate, Caesar authorized the reform of the Republic’s messy lunar calendar (see picture). That was “the year of confusion.” The Julian calendar, which took effect in 45 BC, was a solar calendar. It introduced the format we recognize today: 12 months, 365 days, and an extra day every four years.

Why the extra day? Because even though it takes the Earth a year to complete an orbit around the sun, 365 days is a rounding down. It actually takes that plus 5 hours, 48 minutes, and 46 seconds – about a quarter of a day. Thus, when the quarters add up every four years, we get 366 days on the calendar.

So why is it added to February? Well, for centuries the first two months weren’t even on the calendar – they were just a nameless wintry time – and then they were added to the end of the year. Coming in dead last, February got stuck with the fewest days. They were an even number of days too, which the Romans considered unlucky. By Caesar’s time, however, February had moved up the calendar. Then it got the leap day and finally gained some respect.

People need time, though, to adjust to a new system. According to the Royal Museum Greenwich, where the world’s time zones originate, leap days were not added properly for half a century. Worse: because 5 hours, 48 minutes, and 46 seconds aren’t exactly a quarter of a day, these extra days added 11 minutes and 14 seconds to every year.

No big deal, you say. Sure – until 136 AD! The calendar then was off by 24 hours, and because it was a leap year, February 29 probably happened a day late. Add another century or so, and the calendar would lag by another full day. Things started getting messy again.

This creep of leaps continued until 1582, when the Gregorian calendar finally took over. The year was then 10 days out of sync with the seasons. After doing the math, Pope Gregory XIII’s calendar-reform commission added a new rule for the leap day: it could only occur if the year was exactly divisible by 400. So that century ended in a leap year, but the next three didn’t. Happily, in our time, Y2K was a leap year. This made February 29, 2000, a triply special occasion for “leaplings” – it was their birthday, in a leap year, at the end of a millennium.

Except in a few countries, though – Greece, Russia, Germany and, weirdly, Italy too – every leap day is cause for excitement because it’s so rare. This is why online shopping site Zappos.com is making it a paid holiday for their 1,600 employees in 2016. In fact, their #TakeTheLeap campaign calls for the day to be proclaimed a national holiday. “Ask yourself what you would do with an extra 24 hours,” says the announcement on their site. “Write the first chapter of your novel? Conquer your fear of heights? Volunteer for your favorite charity? You can do all of that and more when you have more paid time off!”

The UK government has already responded to a similar appeal, submitted in January, which points out that Britons work a quarter of a day extra without pay every year. “This petition was rejected,” announces the UK Parliament site. “There’s already a petition about this issue.”

The existing petition has so far garnered 303 signatures. Only 9,697 more to go!

Besides, the Gregorian formula totally gave us extra time. Sure, it slowed down the drift created by the Julian’s excessive leaps, but it still adds 26 seconds to every passing year. So, this leap day, make every second count! Enjoy your extra 24 hours and half a minute, even if you won’t be writing a novel or traveling with friends and family.


You Should Also Read:
Leap Year Cocktail Recipe
The Day We Lost 11 Days
Ecliptic and Equinoxes