Meteor or Meteorite and Other Posers 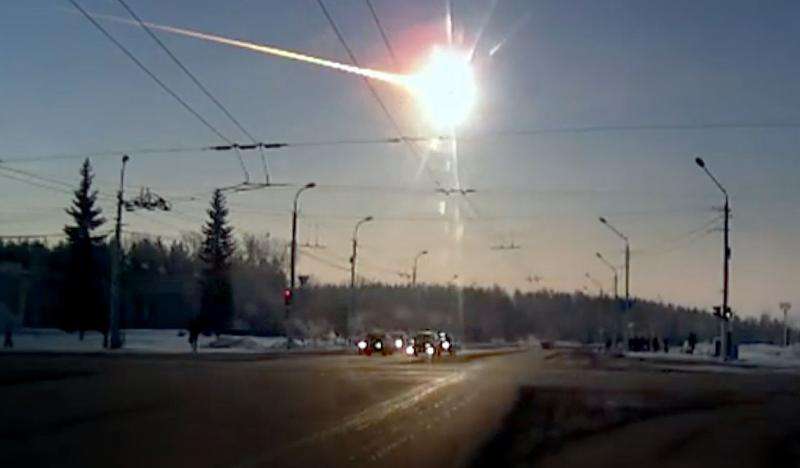 Chelyabinsk fireball recorded by a dashcam from Kamensk-Uralsky on February 15, 2013.

Meteors and meteorites. Meteoroids, asteroids and planetoids. There are a number of related terms, which can be confusing. Let's have a look at them.

1. What's the difference between meteors, meteorites and meteoroids?

They're the same object in three different contexts. We get meteor from the Greek meteoron, meaning atmospheric phenomenon. From the time of Aristotle (384 BC - 322 BC) into the eighteenth century, people believed that meteors were weather-related. This is how meteorology ended up as the study of weather, not meteors.

Meteoroids are small rocky objects in space. Astronomers often describe their size range as from that of a grain of sand up to around ten meters across. However others say that meteoroids can be up to a hundred meters across and certainly, there are vast numbers of micrometeorites that are smaller than sand grains.

If a meteoroid enters the atmosphere it becomes a meteor. Interestingly, the characteristic bright streak we see is not the meteor itself flaming through the sky, but the trail it leaves behind it. As it whizzes through the air its outer layer is stripped off, and those particles collide with air particles, causing them briefly to glow.

The rare meteor big enough to survive the trip to Earth's surface becomes a meteorite when it lands.

2. What's the difference between a meteor and a shooting star?

'Shooting stars' and 'falling stars' are simply common names people use for meteors.

3. What's the difference between a meteor and a fireball?

A fireball, as shown in the header image, is an exceptionally bright meteor. The rule of thumb is that it's brighter than Venus, which would make its magnitude at least -5. (The lower the magnitude, the brighter the object. The very brightest objects have negative magnitudes.)

4. What's the difference between a meteoroid and an asteroid?

An asteroid is a rocky body that's bigger than a meteoroid and smaller than a dwarf planet, as well as being neither a planet's satellite nor a comet. It makes sense to think of meteoroids as a sub-class of small asteroids. It wouldn't be worthwhile to argue about whether an object is a very large meteoroid or a very small asteroid.

5. What's the difference between an asteroid, a planetoid and a minor planet?

The three terms have been interchangeable, but this is no longer the case.

Ceres was the first known asteroid. Giuseppe Piazzi discovered it on January 1, 1801 in an orbit between Mars and Jupiter where Bode's Law predicted a planet. (There is a link at the end of this article to "Bode and Bode's Law" if you want to know more.) Even though it was very small it was widely assumed to be the missing planet.

However, some astronomers had reservations, especially when a second body was discovered the following year in essentially the same orbit. William Herschel was one of the first to suspect that Ceres wasn't a planet but a new class of object. Both of the new 'planets' were so small that you needed a telescope to see them, and through the telescope – like stars – they didn't show a disk. Herschel tentatively decided to call them 'asteroids'. (Asteroid means star-like.)

Piazzi suggested 'planetoid' to Herschel, but Herschel didn't take up his suggestion, even though it made more sense than asteroid. By 1807 there were four of the new bodies. Although a few people referred to them as planetoids, the term didn't really catch on. Asteroids was a more popular choice. Then since the first four had been numbered as planets, it was a small step to calling them 'minor planets'. By the mid 18th century the British Nautical Almanac and Astronomical Ephemeris was using this term.

There was a 38-year gap before a fifth asteroid was discovered, but by 1855 there were 37 of them. Publications in Germany and France began using the German and French equivalents of "minor planets" to list them. In 1947 the International Astronomical Union (IAU) officially established a Minor Planet Center. It's now at the Smithsonian Astrophysical Observatory in Cambridge, Massachusetts.

So at the start, asteroid and planetoid meant the same thing: bodies orbiting between Mars and Jupiter. But 'asteroid' was more popular. Later, 'minor planets' became another synonym. Since the 1990s more than 1300 icy objects have been found in orbit beyond Neptune. Except for those which are dwarf planets or their moons, these Trans-Neptunian Objects (TNOs) are considered minor planets, but not asteroids. The center's catalog contains over 540,000 minor planets.

In 2006 the IAU finally defined 'planet' and introduced the category of 'dwarf planets'. Moons remained objects orbiting planets or dwarf planets, and everything else orbiting the Sun became a small Solar System body.

You Should Also Read:
Bode and Bode's Law
Asteroid Facts for Kids
The Kuiper Belt