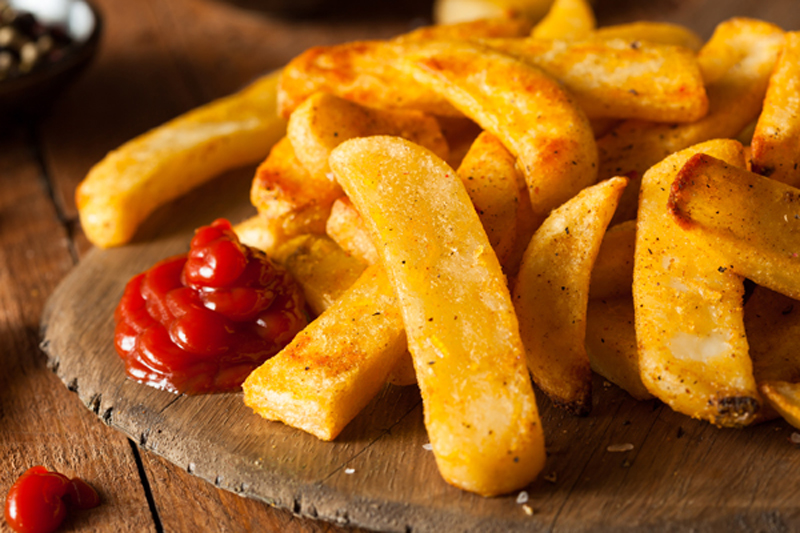 We all knew it. Did we really need a study to prove it? Sure enough, eating french fries, fried potatoes, and potato chips just isn't good for you. Here's why.

A study was published on June 7, 2017 by the American Journal of Clinical Nutrition. They worked with 4,440 people over eight years to examine how many fried potato products they ate. This included things like the ubiquitous french fries, along with potato chips, hash browns, and so on.

The people who ate those sorts of things just 2 or 3 times a week had a markedly higher death rate.

Of course, the National Potato Council disagrees with this. They think everybody should be eating potatoes all day long and that no health harm could possibly come from such a lifestyle.

Take that with a grain of salt. Or maybe some salt-free spice.

Since it seems like potatoes on their own aren't the issue here, it seems it's something about what happens to potatoes when they are fried. Any starchy food which is fried at a high temperature creates acrylamides which are known to cause cancer. The more deeply something is fried, the more acyrlamides which are created.

So what's the take-home here? First, avoid fried food in general. There are all sorts of issues with the oil. Second, avoid fried starchy foods like potatoes in general. That's just asking for trouble. And overall, aim for more healthy vegetables in your diet that are fresh. The fresher they are, the more likely they are to have nutrients to help your body thrive.

With all the cancer-causing pollution we have in our atmosphere, it's best not to add to the issue by ingesting them. Make better choices each day to keep your life long and pain-free!