Many ancient myths and stories speak of a magical time and place in which there were no boundaries between humans and animals. Animals and humans spoke. Wild and tame had no meaning. And always the divine revealed itself in Nature. ~ Ted Andrews – Animal-Speak

Native cultures throughout the world have a concept that is known as the Totem Animal, or power animal, and most students of modern day shamanism and paganism are familiar with the idea of an animal ally here to both guide and protect.

However, the term Animal Totem has been used rather loosely to describe a variety of animal spirit encounters that don’t necessarily represent the true energy of the Totem Animal.

The Animal Totem is the animal spirit that attaches itself to you at birth, and stays with you throughout your life. Most cultures believe that each person has only one (official) animal totem (though some believe that you may have as many as seven), and their presence is so important that if the totem should leave (usually because it’s been ignored), you could become very sick. A shaman, through the process of journeying, can retrieve the animal, and help you to reconnect, bringing about better health and inspiration.

The Animal Totem chooses you at birth, you do not choose a Totem, and you will usually be very aware of its presence. You may find that as a child, you were drawn to a particular animal, and that fascination has stayed with you. Maybe you have collected pictures, or found yourself drawing your totem. You may dream about it, or intentionally seek it out in nature. It will find a way to make its presence known to you.

Once you have connected to your Animal Totem, it will share its power, or medicine, with you. All totems are powerful; even little mouse and grasshopper have powerful medicines to share, so don’t think you must have a physically powerful animal to have a powerful ally.

The animal messenger is a spirit who steps into your life for a shorter period of time. It may be with you throughout childhood, or maybe while you are going through the process of change. It may also pop in for just a little while to deliver a message, then it’s gone.

The shadow animal is a spirit who usually has a lesson for us. For example, say you are afraid of spiders, and one day you are bitten by one. It may be trying to tell you to focus more on the nurturing aspect of your energy, and to accept the more masculine energies that surround you.

It’s very important to honor both the totems and animal messengers and guides. Thank them when they have given you a message, and ask them for guidance and protection. Animal Totems are powerful allies, guardians and guides, and when honored, their medicine can help ease the lessons that must be learned, clarify the path that you follow, and bring joy and inspiration into living. 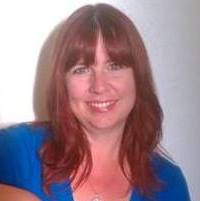