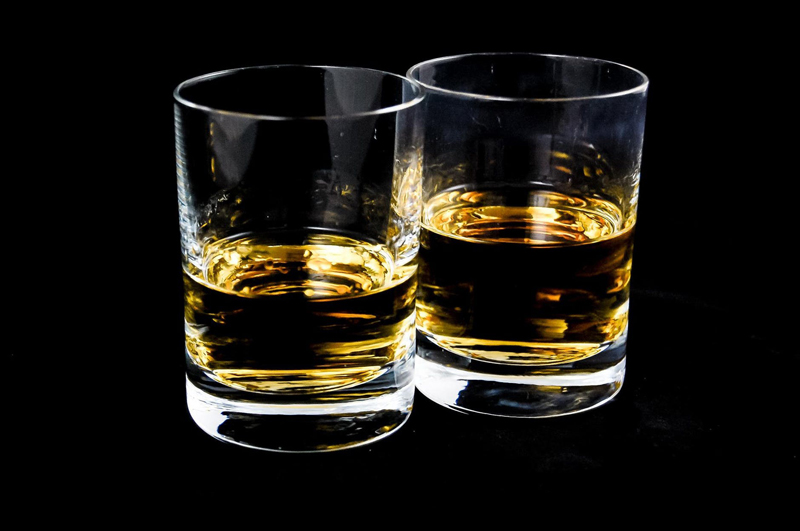 Whiskey and Whisky are both very similar drinks, made in different locations. Pretty much every whiskey on the market - from Crown Royal to Glenfiddich Scotch - is zero carbs. Scotch is a specific type of whiskey - i.e. whiskey that comes from Scotland. Bourbon is another kind of whisky - i.e. whisky that comes from Kentucky.

Bourbon is a little trickier. There is a Bourbon country in Kentucky and most whiskeys from Kentucky are called "bourbon" after this region. However, a tiny amount of whiskeys made elsewhere in the US call themselves bourbon because they feel they offer the same style.

Whether the drinks are called Scotch, Bourbon, Whisky, or Whiskey, they are all the same basic thing - fermented grain alcoholic beverages.

While I can say with great certainty that every whiskey *should* be 0g of carbs per serving, here are the ones I have specifically verified for people:

Canadian Mist - 0g
- a Canadian whisky made from corn and barley. Made in Ontario.

Canadian R&R Whisky - 0g
- a cheap one from Canada, it is just alcohol. I can't even find a website for this one though.

Early Times - 65 calories, zero carbohydrates, and is gluten-free
- reported by the EarlyTimes crew. Per ounce.

Fireball Whisky -
- There are 11 carbs and 108 calories in 1.5 fluid ounce of Fireball Whiskey. Straight from their PR people.

Glenmorangie Scotch Whisky - 0g carbs
- from Scotland, mentioned in "The Highlander". Made solely from malted barley
from their staff: "The calorific value of whisky at 40% abv [alcohol by volume] is 220 cals/100ml, so I'm afraid it doesn't come under the heading of a diet drink, however there are no carbohydrates in whisky so you'll be OK if you are following the Atkins diet."

Grant's Scotch Whisky - verifying but they should be 0g

Jack Daniels Tennessee Whiskey - 0g carbs, 0g fat, 72 calories per 1oz
- from Tennessee of course. It's not Bourbon because it's not from Kentucky!

Maker's Mark - 0g carbs
- "There are no carbs and appx 70 calories per one ounce of Maker's Mark."

If you have another type of whiskey or whisky that you love, please let me know, and I will research it to add in to this list!

There are many fun recipes that involve whiskey (and its relatives) which are rather low carb.

Remember that your body processes alcohol before it moves on to carbs. If you drink too much alcohol, then your body will turn all carbs you ingest into fat. Read the articles linked to below for more information!

NOTE: There are factions who get riled up over Bourbon definitions :) They feel anything can be a Bourbon as long as it follows a Kentucky recipe. This is sort of like the Champagne argument, that Champagne can be made outside of France as long as it uses the Champagne method. However, I happen to side with the people who say that certain names are associated with certain locations. I do not think a Thailand whiskey should be called a Bourbon :)

Remember to read the alcohol and dieting link below. Just because alcohol is zero carb does NOT mean it has no effect on your weight. Read and understand!