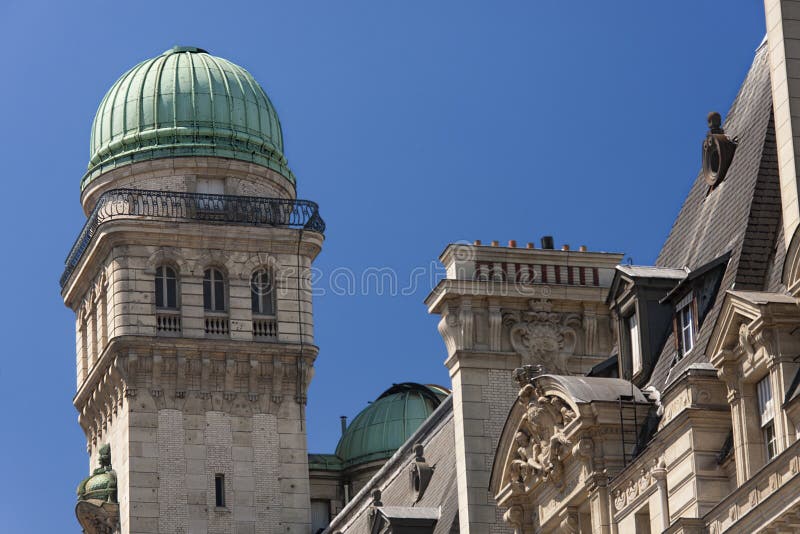 If you were at the Paris Observatory, you'd be located at 49° north and 2.3 ° east. What do those numbers mean? The first one is latitude, which says how far north of the equator you'd be, and the second is longitude, how far east of Greenwich you'd be. A line of latitude is called a parallel and a line of longitude is a meridian. But these are lines on paper. How do we know what on Earth is actually there?

To link the reality to the map, you need surveyors, and Paul Murdin tells the story of surveying the Paris Meridian in Full Meridian of Glory. It began with the founding of the Paris Observatory in the seventeenth century. Part of the observatory's brief was to survey a meridian to provide the basis for accurate mapping and navigation. It wasn't completed until the early nineteenth century.

If you're wondering why the project took so long, the subtitle tells it: Perilous Adventures in the Competition to Measure the Earth. Murdin tells us why the meridian was important and explains the basics of surveying, including the role of astronomy. However the bulk of the book is an epic saga played out against a background of war and revolution, encompassing love and betrayal, dedication and deprivation, heroism and pettiness, and sometimes death. Murdin also takes a few swipes at the supposed accuracy of the fantasy thriller The Da Vinci Code.

The good
I've never had more than the fuzziest idea of how surveying is done, so the book was a revelation for me. This part did require concentration, but anyone who finds it heavy going can still enjoy the stories. The whole enterprise of surveying this meridian was impressive, going well beyond the boundaries of France.

It was fascinating to learn more about people whose names I'd read, but who were otherwise unknown to me. For example, think of NASA's Cassini mission and its wonderful images of Saturn's neighborhood. Jean Dominique Cassini (1625-1712) was an early observer of Saturn and the Paris Observatory's first director. He was also the first of four members of his family to hold this post.

My favorite character was Francois Arago (1786-1853). A young Arago went to Spain to help survey the southern extension of the meridian. Then war broke out between France and Spain, so the work of several months ended up taking nearly three years. When he tried to get home, a short voyage from Mallorca to Marseille stretched to nearly a year. However he got the measurements safely home and was made a member of the Academy of Sciences at the age of 23. Arago went on to become a renowned mathematician and physicist, the director of the Paris Observatory and to have a distinguished political career.

Surprisingly, in a city of monuments, Paris lacked one for Arago. This was rectified for the 200th anniversary of his birth. Dutch artist Jan Dibbets was commissioned to make a memorial. Instead of a traditional statue, the Arago Memorial features 135 12-inch bronze medallions, which are set into the ground at various places along the meridian. Murdin's final chapter is a guide to the memorial.

If you've read The Da Vinci Code, you may remember the “Rose Line". Supposedly, a brass marker in the church of San Sulpice is a monument to “the world's first prime meridian,” with the Rose Line allegedly being the old name for the prime meridian (the line of zero longitude). None of this is true, but Paul Murdin admits to having read The Da Vinci Code. It inspired him to research and write Full Meridian of Glory.

The not-so-good
I found the writing uneven, and longed to do some editing. Some was crisp with dry humor, but some is not. For example, when a Spanish mob was headed up the mountain to attack Arago, he gathered his papers and walked calmly down past them, stopping for a short chat. We get this superb story in one convoluted sentence:

As they crossed paths he shared friendly words with them in the local Majorcan dialect, Mallorqui, which is a dialect of Catalan, Arago's birth language, and they did not suspect that the man that they had encountered was the French official whom they were seeking.

There was also a lengthy diversion as Murdin described a piece of research which really should have been in an appendix.

Bits of background and biographical information were a good feature of the book. However in the electronic version which I read, they weren't in separate text boxes. They were set into the main narrative, distinguished by a smaller type face. Apparently, the paperback edition did the same. (I don't know about the hardback edition.) Some people found this confusing. I had trouble reading the small type.

Worth reading?
I very much enjoyed this book. Most of it was new to me and in fact, some of it's based on material which hadn't been available in English before. The old saying about truth being stranger than fiction certainly applies here. It's full of great stories and some of the people were so interesting that I looked for more information about them. Murdin also explains why the Greenwich Meridian, rather than the Paris Meridian, was adopted as the Prime Meridian of the world – and why your GPS wouldn't read zero if you were standing on the meridian marker in the old Royal Observatory in Greenwich.

You Should Also Read:
Royal Observatory Greenwich
Jean-Dominique Cassini
What Happened to the Prime Meridian