Distances in Space - Facts for Kids 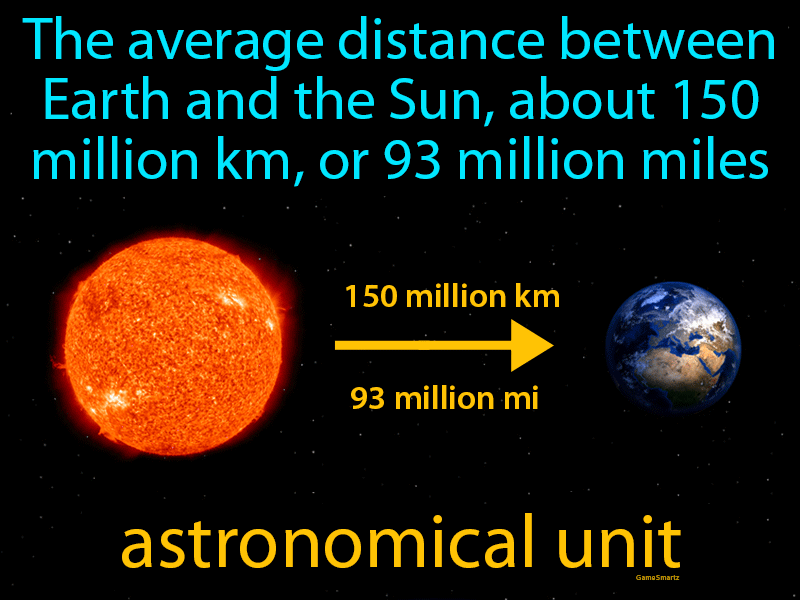 How tall are you? How far are you from New York City? How far away are planets, stars and galaxies?

When we measure length and distance, we have to think about the scale and the units to use for measuring.

Scale is about size. Things of a roughly similar size are to the same scale. For example, people are various sizes. But we’re all on the same scale compared to insects, which are lots smaller – or towns, which are much bigger. A child 1.4 m (4 ft 7 in) tall is also 0.0014 km (0.00086 mi) tall. You can see why we’d use meters to measure the child and kilometers for a town.

We can think about the Earth and the Earth-Moon system on the same scale.
If you were in New York City, one of the farthest places you could fly to is Dunedin in New Zealand. That’s 15,000 km (9300 mi) away. We don’t have any places on Earth more than about 20,000 km (12,500 mi) apart, so kilometers and miles are units that work.

The Moon is smaller than Earth, but it’s much farther away than any place on Earth. Like the planets, the Moon has an elliptical orbit. That means it’s not a circle, but a bit egg-shaped, so its distance from us changes. At its most distant, it's 410,000 km (252,000 mi) from us. Even though that’s a lot of miles, many people have traveled more than a million miles on Earth, so the units still work.

The astronomical unit (AU) is the distance from the Earth to the Sun.
Four hundred years ago, the German mathematician Johannes Kepler discovered that the time a planet takes to go around the Sun depends on how far away it is. For example, using Kepler’s formula, you could see that Jupiter is over five times as far away from the Sun as the Earth is. This means Jupiter is at 5.2 AU. Neptune is at 30 AU. Now that we have measured the Earth-Sun distance, we also know how far away the planets are in kilometers.

Stellar distances are on a bigger scale than Solar System distances.
The nearest star to the Sun is Proxima Centauri and it’s about 40 trillion (40,000,000,000,000) km away. That’s 271,000 AU. Deneb, in the constellation Cygnus, is one of the most distant stars we can see without binoculars. It’s at least 400 times farther away than Proxima, so astronomical units won’t help us here.

There are two units we can use for stellar distances. You’ve probably heard of light years, but professional astronomers usually use parsecs.

We’re not sure how big our whole Galaxy is, but it’s somewhere between 100,000 and 120,000 LY across. It’s big, but not compared to the distances between galaxies. The nearest large galaxy to ours is the great spiral galaxy in Andromeda, which is about 2.5 million light years away.

Astronomers have measured the distances to nearby stars by finding the parallax.
First let’s see what parallax is. Hold your arm out straight and stick your thumb up. Look straight at your thumb. Now close one eye, then the other. Your thumb seems to move compared to the room behind it. This is parallax.

Surveyors on Earth and astronomers use a method called triangulation to measure the parallax of an object. This gives its distance. The closer it is, the bigger the parallax is.

To get the parallax of a star, you need to observe it in front of background stars from two locations that are far apart. If you wait six months after the first observation, the Earth will be on the opposite side of its orbit. So your second location now is 2 AU away from the first. (Click to see a diagram of how parallax works. Hit the back arrow on your browser to come back to this article.)

Parsecs tell us how far away an object needs to be to have a certain parallax. One parsec equals 3.26 light years. Proxima Centauri is 1.3 parsecs (pc) away and Deneb is at least 490 pc away. We can use prefixes for bigger distances. A kiloparsec (kpc) is one thousand parsecs, so the Milky Way is around 35 kpc across and the distance to the Andromeda Galaxy is around 750 kpc. For even bigger distances, the megaparsec (Mpc) is handy – that’s a million parsecs.