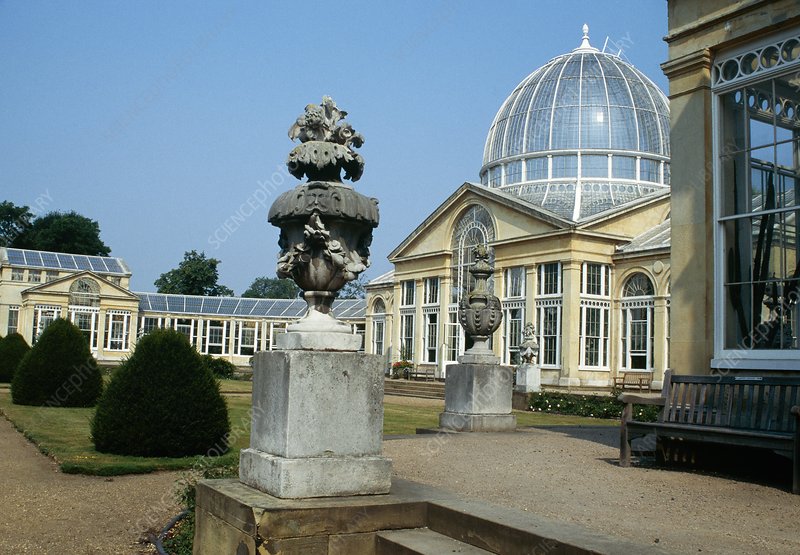 Syon House is a stately home on the River Thames, lying to the west of London between Brentford and Isleworth. Henry Percy, the 9th Earl of Northumberland, acquired it by marriage in 1594, and it's been in the family ever since.

Henry Percy
Henry Percy was a true Renaissance man with interests in arts, literature, government and science. His nickname “the Wizard Earl” came from his scientific researches which included alchemy. This seems odd, but at the time alchemy overlapped with the modern disciplines of chemistry and metallurgy. It was practiced by scientists such as Tycho Brahe and Isaac Newton.

Thomas Harriot
For his own learning and interest, Percy had several learned men on his staff. Their job was to pursue their intellectual interests and discuss them with the earl. One such was Thomas Harriot – mathematician, scientist, astronomer, and man of many talents – indeed another Renaissance man. He had worked for Sir Walter Raleigh who introduced him to Percy.

In 1585-6 Harriot had accompanied an expedition to Virginia on Raleigh's behalf and was a useful member of the ship's complement. His astronomical knowledge was an aid to navigation. And as the first Englishman to learn Algonquian, he was not only able to negotiate with the local tribes, but also to spend a lot of time learning about their ways. He surveyed the resources of a large region and later produced A Briefe and True Report of the New Found Land of Virginia in 1588, his only published work.

To the Tower
Henry Percy gave Harriot a residence at Syon House and a salary for life. However, although Harriot was financially secure, he wasn't immune to political insecurity. Walter Raleigh was already in the Tower and under a death sentence for displeasing King James I, but worse was to come.

Thomas Percy, a distant Percy relative, stopped to dine at Syon House on November 4, 1605. Unfortunately for Henry Percy, Thomas was on his way to try to blow up Parliament with the help of Guy Fawkes. The aim of the so-called Gunpowder Plot was to kill the King and re-establish a Catholic monarchy.

Harriot was one of those arrested, but released after questioning. Although Henry Percy was a Protestant who had supported the King and wasn't involved in the plot, that didn't save him. He was heavily fined and spent fifteen years in the Tower.

Yes, the Tower of London. But don't think cold, bare walls, chains, and living on water and stale bread. Henry Percy was rich and influential, and he had a household in one wing of the tower, complete with a library, servants and visits from friends and family. He even saw his fellow prisoner Walter Raleigh from time to time. Thomas Harriot and his other savants also came for intellectual discussions.

Although Thomas Harriot was a brilliant mathematician and pioneering astronomer, this was known only to a select few during his lifetime because he didn't publish his work. It was only after his death that it became known.

Telescope400
Harriot became somewhat better known during the International Year of Astronomy in 2009, the 400th anniversary of the astronomical telescope. Most people related the anniversary to Galileo's work late in 1609. However the Royal Astronomical Society in London held the public event Telescope400 on July 26 at Syon House. It celebrated the very first documented astronomical use of a telescope – Thomas Harriot's at Syon House, several months before Galileo's.

A drawing of the Moon seen through a telescope was amongst Harriot's papers that ended up in Petworth House in Sussex. Its date: July 26, 1609. At Telescope400 Lord Egremont of Petworth House, unveiled a memorial plaque to Thomas Harriot.

Besides the telescopic observations, Harriot's papers had notes on several comets, including the one later named Halley's Comet. These were done with the unaided eye, since even when Harriot acquired a telescope, its field of view would have been far too small for comet watching.

With a series of ever-improved telescopes, Harriot had done sketches of the Moon and eventually, Moon maps. Their detail is surprising considering how small an area you could see with the telescopes of the day.

Harriot also studied the phases of Venus and the satellites of Jupiter, and discovered sunspots. He used his sunspot data to work out how long the Sun takes to turn on its axis. Today we would use special solar filters to look at the Sun. Thomas Harriot observed when the Sun rose across the Thames and the morning mist over the river filtered the Sun's light.

The Smithsonian
Fast-forward to the 18th century. Sir Hugh Smithson had become the 1st Duke of Northumberland and inherited the Percy estates by marriage. After his death, his illegitimate (and unacknowledged) son took the name James Smithson. He became a prominent scientist, a Fellow of the Royal Society, and a wealthy man. He left his considerable fortune to “The United States of America, to found at Washington, under the name of the Smithsonian Institute, an establishment for the increase and diffusion of knowledge among men.”

You Should Also Read:
Halley's Comet
The Moon - Earth's Daughter
Choosing and Using a Telescope