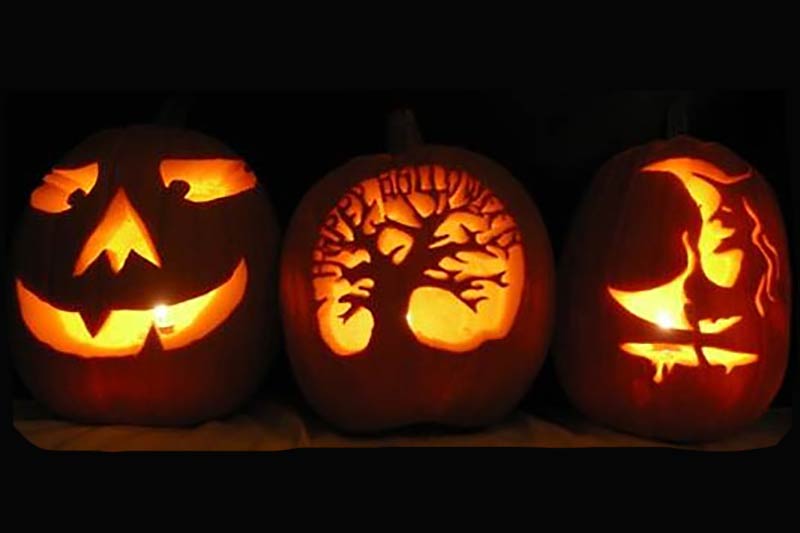 Halloween is a strange holiday. At the end of October, children in the USA – and increasingly, elsewhere – dress up as ghosts and goblins and go from neighbor to neighbor saying “trick or treat”. Pumpkins are carved with faces and lit from within. What is all this about and what does it have to do with the Earth and the Sun?

Halloween has become, if anything, a secular holiday in many countries. Yet in places with a strong Roman Catholic tradition, All Saints Day and All Souls Day remain important. In the Roman Catholic and Anglican churches, they commemorate the saints and pray for the souls of the dead.

However the scary costumes are remnants of ancient Celtic religion. About 2500 years ago, the Celts spread through central Europe, the British Isles, Spain and into parts of the Middle East. To understand how Halloween fits into their beliefs, we need first to consider calendars and seasons.

Seasons
There is no official and universal definition of seasons. Meteorological seasons are defined according to the weather. Astronomical seasons are based on changes in the altitude of the Sun in the sky due to the tilt of Earth's axis.

Quarter days and cross-quarter days
Astronomical seasons begin on the solstices and equinoxes. In Britain, for example, these four days were called quarter days. They had a certain legal status, including being the days on which rents were due. They were also associated with major religious celebrations, but Christmas – near the December solstice – is the only one that is still widely celebrated.

The Celtic seasons did not begin on quarter days. In their calendar, the equinoxes and solstices were the midpoints of the seasons which began at the end of October, January, March and June. These days are known as cross-quarter days.

Samhain
The Celtic new year started at the end of October in a festival known in Ireland as Samhain (pronounced SO-en). The year was divided into the lighter and darker halves, and Samhain was the start of the darker half. The last harvest was in, and death would dominate the natural world as winter deepened.

People believed that at Samhain the boundary between our world and the otherworld became thin, so that the dead and other beings might cross it. Therefore frightening costumes were a kind of protection against wandering ghosts, as were hollowed-out vegetables with frightful carved faces. When this tradition went to America with the Irish, eventually they became the jack-o'-lanterns seen today.

Halloween is a remnant of a cross-quarter day festival, as is May Day, known as Beltane to the Celts. Since Beltane marked the start of the lighter half of the year, it was a major event in the Celtic year. Oddly, Groundhog Day is another remnant, falling at the beginning of spring. Divination, using a sacred animal, was an important part of ancient spring rituals in many parts of Europe.

Trick or treat
The custom of trick-or-treat may not be Celtic, but originated with Christians in the Middle Ages. On All Souls Day, people baked special cakes to give to those who came from house to house begging for them. The beggars then prayed for the dead relatives of their benefactors to help them get out of purgatory more quickly and into heaven.

As for the hijinks associated with Halloween, Mischief Nights have been traditionally associated with many holidays. So it isn't surprising to find this element attached to the trick-or-treat.

Ancient traditions
If you're going to a Halloween party, making a child's costume or carving a pumpkin, you are following a tradition stretching back over 25 centuries to an agricultural people whose lives depended on keeping track of the seasons and organizing their resources accordingly. When Halloween comes, we are halfway between an equinox and a solstice in our journey around the Sun.


You Should Also Read:
Why Planets Have Seasons
Cosmic Ghosts Ghouls and Vampires
Cosmic Halloween Tour