A long, long time ago, in a galaxy far, far away, Rebel warriors on the planet Hoth joined forces to fight the Empire. “May the Force be with you,” they said to one another. This roughly meant, “Good luck. You’re gonna need it.”

Not such a long time ago, in a country not too far away, comics aficionados at Harth TV joined forces to mark the grandiosely named Intergalactic Star Wars Day on the 2011 calendar. “May the 4th be with you!” they declared on their posters. This meant that, for roughly eight Canadian dollars, people could dress up as Rebel warriors, take pictures with some Stormtroopers at the Toronto Underground Cinema, and win prizes in a Star Wars trivia quiz.

It was obviously a success, and the 2012 edition promised to be “a world-class fan destination.” It hosted guests of honor and had a Death Star piñata. The costume contest was divided into the Padawan League for kids and the Jedi League for bigger kids (a.k.a. adults). The event was promoted on Global News and went on to raise almost $1,000 for Toronto’s SickKids Foundation. So why was there no third edition the following year? Well, I suppose organizing a sci-fi extravaganza ain’t like dusting crops, and maybe it didn’t help that the venue closed down.

Besides, Jedi geeks everywhere had been observing May the 4th for eons – ever since someone realized that the date was perfect for nostalgic trilogy screenings and costume parties. News reports highlight this worldwide “Revel Alliance” every year, showing devotees dressed up from Bangkok to Buenos Aires; waving blasters in Tokyo and lightsabers in Milan; posing at the Colosseum as the villains of the Galactic, not Roman, Empire. 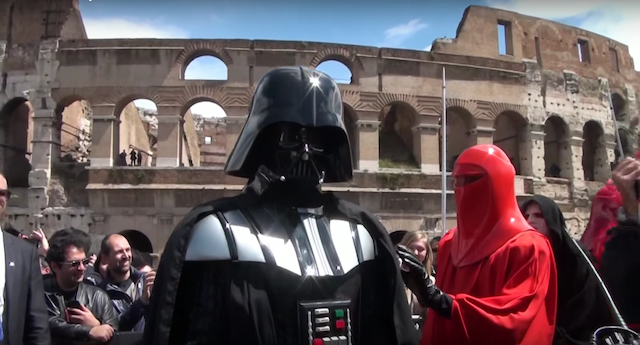 A trilogy of days

Supposedly, it started in 1979, on the day that Margaret Thatcher became UK prime minister and her Conservative Party took out a cheeky newspaper ad: “May the Fourth Be With You, Maggie. Congratulations.” It may be hard to believe this of the stiffly upper-lipped, but if you have a bad feeling about the legend, be warned: Vader fans may find your lack of faith disturbing.

The fun – or, rather, the pun – doesn’t stop there. Just like in the movie series for each generation, there is, of course, a trilogy of Star Wars days. This may have started back in 2010, but the origins of the sequel days are even harder to see, like the Dark Side. In fact, they are dedicated to the Dark Side, named for the third movie in the prequel series: Revenge of the 5th and Revenge of the 6th. I know we’ll never find a more wretched trilogy of Star Wars episodes than the prequels, but I must admit those are clever!

Why the extra day for the bad guys, though? Well, ostensibly to make sure that Cinco de Mayo isn’t overshadowed, but as Yoda explained in The Phantom Menace (arguably the most wretched episode of all), with the Sith, “always two there are, no more, no less.” So I suppose one day is for the master and the other, the apprentice.

This year, Intergalactic Star Wars Day will finally return – like a certain Jedi – to Toronto, to be held at the Hard Rock Café. Tickets this time range up to more than $100, but all the proceeds will be donated to the same charity. 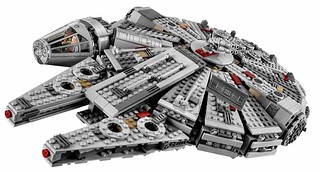 In fact, Luke’s disciples have been using the Force to do more than just watch the Special Edition DVDs for the umpteenth time. Some are taking part in Star Wars: Force for Change. According to this philanthropic program, series creator George Lucas “used early screenings to raise money for charities around the world with a particular emphasis on children’s healthcare and education.” Lucasfilm, now owned by Disney, encourages fans to donate to organizations such as UNICEF when buying yet another collectible from its legendary merchandising machine.

To celebrate Star Wars Day this year, Force for Change matched every fan’s donation until the program hit its target of $1 million. The last of a four-week challenge will end on May the 4th with the top fundraiser winning a trip to London, where they will attend a Star Wars event and meet Mark Hamill. One thing’s for sure: the Force will be strong with the chosen one.

Find out more about May the 4th and its sequel days at these sites:
Star Wars Day Toronto
Star Wars: Force for Change
Revenge of the Fifth

(Still frame from “Star Wars Day Colosseum: Darth Vader & Attack of the Clones Film” uploaded on May 5, 2014, by Canale 25 on YouTube, with a Creative Commons Attribution license [reuse allowed]. Image of Millennium Falcon toy from the Lego website’s media library.)