Lego Teaches Us to Play Well 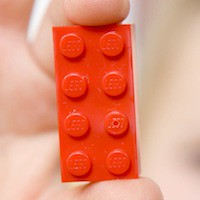 When you think Lego, you think wooden duck. Don’t you?

Come to think of it, neither do I. Still, the wooden duck was apparently the Lego toy of 1935. It made its debut with “Kirk’s Sandgame,” Lego’s first construction toy. 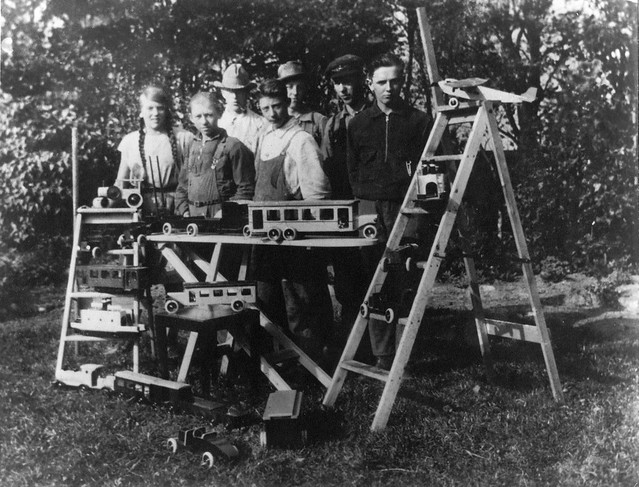 Who was Kirk? He was Danish carpenter Ole Kirk Kristiansen, whose livelihood in the village of Billund was affected by the Great Depression. In 1932, his furniture shop began to make wooden toys to supplement their income. They adopted their name from the Danish phrase leg godt, which means “play well.” Later, people realized the word also has several meanings in Latin, including “I collect” and “I choose” – things you might do when building with Lego bricks. Today the Lego Group is owned by the founder’s grandson, Kjeld Kirk Kristiansen.

In 1937, the founder’s 17-year-old son Godtfred crafted a wooden sign and hung it in the workshop. It said, Det bedste er ikke for godt, meaning “Only the best is good enough.” This became Lego’s motto, and the company worked hard to produce the best toys. The 1940 German occupation of Denmark didn’t stop them; nor did a fire that burned down the factory two years later.

In 1946, as plastics began to infiltrate the manufacturing world, Lego became the first Danish company to invest in a plastic injection-molding machine for toy production. This was a daring move, as customers then still preferred wooden toys. 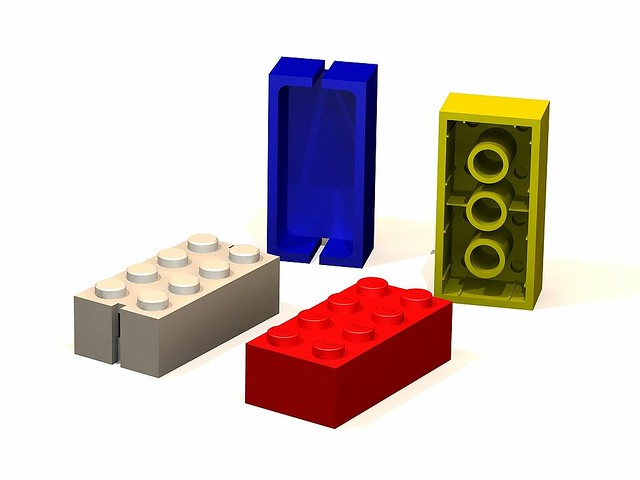 However, the machine allowed Lego to produce Automatic Binding Bricks, which became their first exports. With its double row of four studs, the Automatic Binding Brick had a groove that cut into each of its short sides – the only difference between it and the Lego brick we know and love. Well … that and its mouthful of a name. In 1953, it was rechristened Lego Mursten, which means Lego Bricks. Also, these forerunners stacked, but didn’t interlock. What kind of Lego blocks don’t interlock? 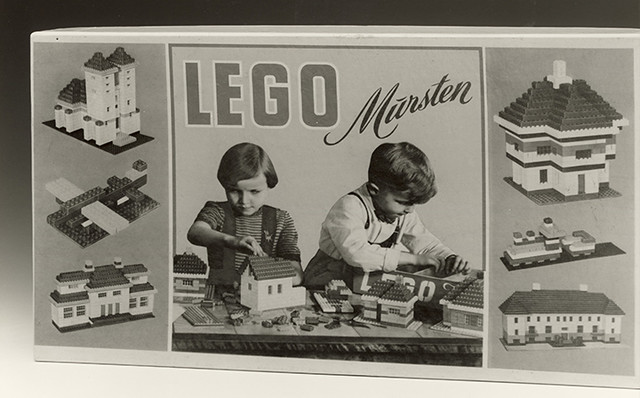 Not only are they known for interlocking, but Lego bricks made it possible for us to build anything – all we needed were … more Lego bricks! This is known as the Lego System of Play, and it was thought up on a ferry ride. On his way home from the 1954 London Toy Fair, Godtfred, now the company’s junior vice president, talked to a purchasing agent who suggested that kids didn’t need one toy after another. They just needed one toy system that allowed them to build complete worlds. This was a breakthrough idea. Godtfred developed Lego Mursten into such a system. Each set began to feature a theme, such as a townscape or street scene. 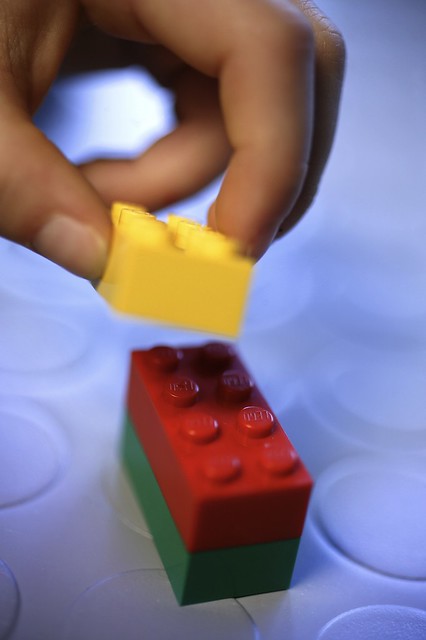 Finally, on January 28, 1958, the Lego brick design was patented. This is what we think of when we think of Lego. (And if you’re like me, you think specifically of the iconic red brick, out of the 58 colors now available.) Improving on the previous design were hollow tubes under the studs, which give that satisfying click! when one brick locks onto another. Lego calls this “clutch power.” Thanks to its ingenious design, the Lego brick has twice been named Toy of the Century. Only the best, indeed, has been good enough. When the wooden-toy warehouse burned down again in 1960, Lego discontinued production of wooden toys and focused its attention on the plastic stuff. 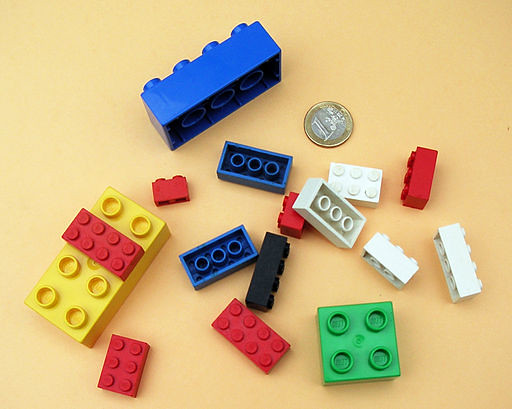 In 1963, the company published the Principles of Play, a 10-point list, and “fun for all ages” was at number 3. However, the Lego bricks were too small for children under the age of 5 – they were not fun for all ages. So the Duplo range was invented in 1969. Duplo bricks are four times the size of Lego bricks, but, as pictured here, they can still interlock with Lego pieces. This allows children to start playing from a younger age without getting tiny Lego pieces up their noses. 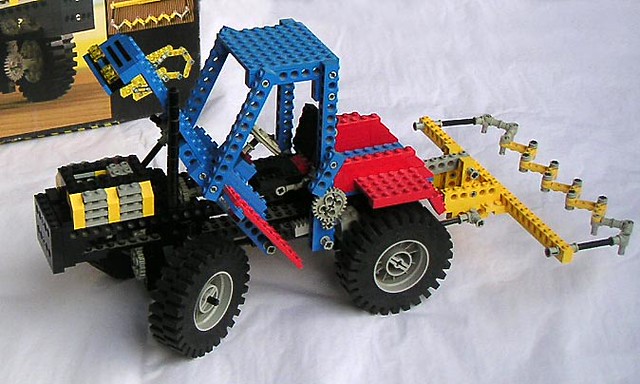 What about older kids? In 1975, they got the Expert Series, which later became Lego Technic. This range featured moving parts such as gears and axles, allowing players to construct vehicles. Certainly girls could play with them, but let’s face it – Technic was never really gender-neutral. In 1974, Lego had included an enlightened message to parents inside a dollhouse set. “A lot of boys like dolls houses,” it said. “They’re more human than spaceships. A lot of girls prefer spaceships. They’re more exciting than dolls houses.” True enough, and yet the company erred in 2011 with Lego Friends, which was targeted specifically at girls. A 7-year-old called Charlotte criticized them, saying, “All the girls did was sit at home, go to the beach, and shop, and they had no jobs but the boys went on adventures, worked, saved people, and had jobs, even swam with sharks.” Three years later, Lego compensated for this misstep with the Research Institute, which featured three female scientists, but it was a limited-edition set that’s no longer available. 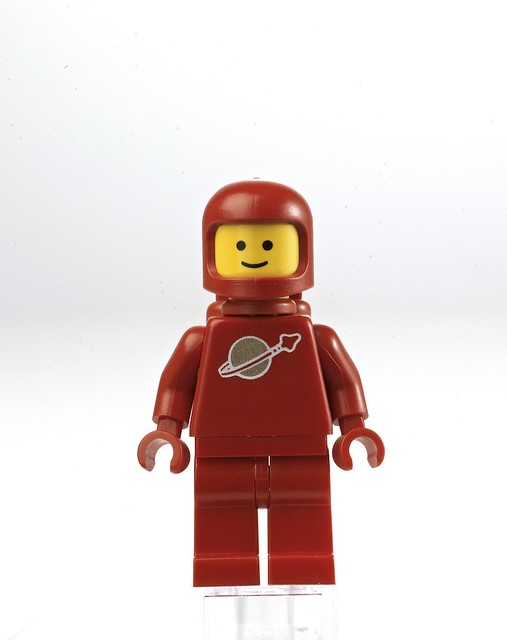 So when did Lego go from bricks to girls and boys? Duplo was the first to introduce minifigures – which were, gruesomely, smiling faces atop armless, legless bodies. However, the now-ubiquitous Lego figures, four bricks tall with C-shaped hands, made their debut in 1978. They were a police officer, an astronaut and a knight. All minifigs had a standard smiley face until 1989, when pirates joined their ranks. Ten years later, The Phantom Menace unleashed the first group of Star Wars minifigs, all of which can be seen at swMiniFigs.net. (And, unlike Hasbro, Lego did include a Rey figurine in its 2015 The Force Awakens line.) With minifigs, Lego began to conquer the digital realm as well as the physical one. 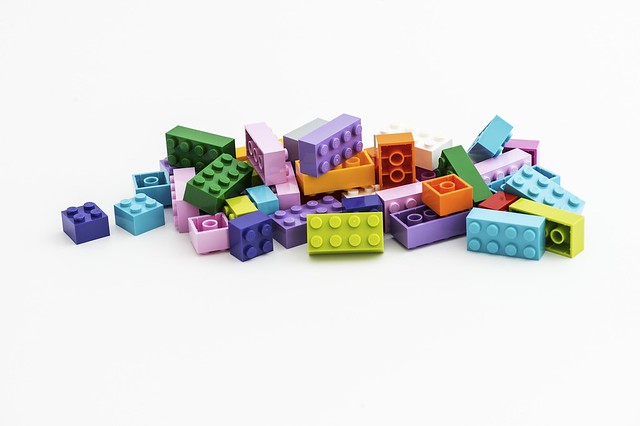 Minifigs appeared in video games and re-creations of famous photographs. By 2014, they starred in their own film, The Lego Movie, with a sequel planned for 2018.

Lego has come a long way from its humble woodworking origins. In 2015, Forbes magazine pronounced it the most powerful brand in the world, dethroning Ferrari. Some fun facts on Lego’s website may help us to appreciate its exponential rise to power. Take two eight-studded bricks, and you can combine them in 24 different ways. With three bricks, you get more than 1,000 combinations. Half a dozen bricks? Over 900 million combinations. If it sounds incredible, that’s because Lego just is.

(All pictures are from the Lego website’s media library except for “Lego Technic tractor” by Elya from the German Wikipedia and “Lego evolution” by Ruizo from Wikimedia Commons, both Creative Commons licensed. The picture of Lego and Duplo bricks is in the public domain on Wikimedia Commons.)