Horror The Start of Gore

“The Opening of the Body”

More so than ever now, one of the most important features of modern horror is the depiction of explicitly graphic violence. Again, Hitchcock’s Psycho establishes a first venture into this new area. Ironically, the famous shower scene shows very little; a naked body, a slashing knife, but no actual contact or nudity. What Hitchcock does is to create the illusion of showing through editing.

The opening of the body from this moment on would become an indicator of the horror film. In Clover’s words:

“For better or worse, the perfection of special effects has made it possible to show maiming and dismemberment in extraordinary credible detail. The horror genres are the natural repositories of such effects; what can be done is done, and slashers, at the bottom of the category, do it most and worst. Thus we see heads squashed and eyes popped out, faces flayed, limbs dismembered, eyes penetrated by needles in close-up, and so on.”

The next step in this evolution is ‘Night of the Living Dead’ and The Texas Chainsaw Massacre. In these films, the opening of the body becomes real. In them, bodies are brutally opened, dismembered with a chainsaw, or eaten alive. 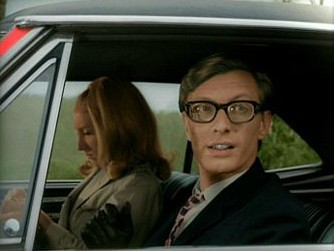 In ’Psycho’, there is nothing shown, but only suggested. Clover comments on the shower scene:

“Of the forty-odd shots in as many seconds that figure the murder, only a single fleeting one actually shows the body being stabbed. The others present us with a rapid-fire sequence of shots of the knife, of the shower, of Marion’s face, arm, and feet, finally the bloody water as it swirls down the drain and dissolves to the image of a large, still eye. The horror resides less in the actual images than in their summary implication.”

I would argue that the shower scene is the most influential scene in the history of the horror genre. Certainly, it is the most famous death scene in the horror genre. The scene has been referred to or mocked in literally everything from adverts to other films. Most horror films include one reference or another to this scene. The brutal stabbing, the shot of the hand with the knife, and the dead eye of Marion, are landmarks in the history of the genre.

In Brian De Palma’s ‘Dressed to Kill’ the homage to ‘Psycho’s infamous murder scene is blatant. Horror films have gone on to take advantage of the naked body in the bath or shower, the vulnerability of it. One recent horror film which paid a brilliant homage to ‘Psycho’ was ‘The Grudge.’ While Sarah Michelle Gellar’s character is showering, she is in no fear of getting stabbed, yet the ghostly hand of a dead woman emerges from her hair and starts to massage it with her; this worked in being just as creepy and memorable, but in a completely different way.