African countries have gone through many changes in recent history. This includes their flags. The current flags have elements that represent concepts and ideas important to that country. Each flag is unique in its own way. Below are the flags for the African countries beginning with the letter N. 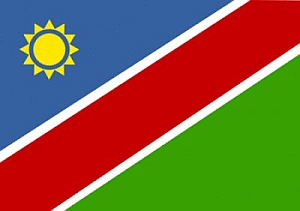 The current flag of Namibia was adopted on March 21, 1990. The flag has a wide red stripe edged with white that divides the flag diagonally. The upper triangle is blue and has a yellow sun with twelve rays. The lower triangle is green. The color red represents the heroism of the people and their determination to build a future of equal opportunity for all. The color white represents peace, unity, tranquility, and harmony. The color blue represents the Namibian sky and the Atlantic Ocean, the country's precious water resources and rain. The yellow sun represents power and existence. The color green represents vegetation and agricultural resources. 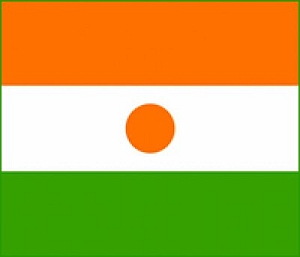 The current flag of Niger was adopted on November 23, 1959. The flag has three equal horizontal bands of orange (on the top), white, and green with a small orange circle centered in the white band. The orange band represents the drier northern regions of the Sahara. The color white represents for purity and innocence. The color green represents hope and the fertile and productive southern and western areas, as well as the Niger River. The orange circle represents the sun and the sacrifices made by the people. 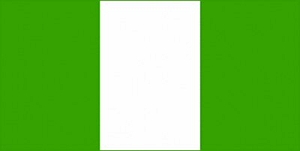 The current flag of Nigeria was adopted on October 1, 1960. The flag has three equal vertical bands of green, white, and green. The color green represents the forests and abundant natural wealth of the country. The color white stands for peace and unity.