Why Some People Outgrow ADD 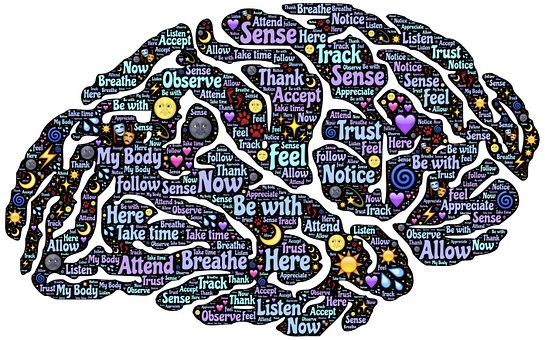 It used to be "known" to everybody that Attention Deficit Disorder was a condition that children have. The widely held belief was that children grow out of their ADD, and they become fully-functioning adults. Is that really true? Some people do still believe it. Even some physicians subscribe to this belief. However, more research is showing that not everybody grows out of Attention Deficit Disorder.

A study conducted by Dr. Philip Shaw at the National Human Genome Research Institute sought to discover why some people seem to "grow out of" ADD/ADHD, while others have Attention Deficit Disorder that persists into adulthood. The team looked at long-term changes in cortical structures in children with Attention Deficit Disorder and a control group without ADD. To understand the team's findings, you need to know a bit about the brain.

One part of the brain is the cerebrum or cortex. It is divided into four parts that are responsible for personality development, perception, memory, speech, movement, and processing of visual and auditory inputs. The frontal lobe, which includes the pre-frontal cortex, helps a person to reason and problem solve. This part of the brain mediates emotional responses. It controls inhibition and impulsivity. The brain's executive function is part of the duties of the pre-frontal cortex. Executive function controls many higher-level actions. It helps people to reason through problems, so it is essential for effective problem solving. Setting and reaching goals is also an executive function. Without executive function people would lack the ability to organize time, space, and tasks while monitoring and evaluating their performance in completing these chores. How are these important brain activities impacted when the cortex is thinner than the norm?

The short answer seems to be, the person with a thinner cortex than normal has ADD. Dr. Shaw and his colleagues tested 92 children with Attention Deficit Disorder by using repeated imaging over a period of years. These children had cortical structures that were thinner and outside of the normal range. The scientists at the National Human Genome Research Institute also compared the children with ADD to 184 children who did not have ADD. Children without Attention Deficit Disorder had thicker cortical structures that were within the normal range.

Over the years of this longitudinal study, with repeated imaging of the subjects, they found that 40 percent of a children who had ADD, also had Attention Deficit Disorder as adults. These adults still showed thinning of the cortex. The group of adults who no longer had ADD showed that their cortices had thickened and were within the normal range. At that point, their cortical structures looked like the members of the group who did not have ADD as children.

Elsevier (2013, October 15). Recovery from childhood ADHD may depend on pattern of brain development. ScienceDaily. Retrieved November 6, 2013, from https://www.sciencedaily.com-/releases/2013/10/131015094030.htm?utm_source=feedburner&utm_medium=email&utm_campaign=Feed%3A+sciencedaily%2Fmind_brain%2Fadd_and_adhd+%28ScienceDaily%3A+Mind+%26+Brain+News+--+ADD+and+ADHD%29


You Should Also Read:
Gut Flora and the Pre-frontal Cortex
ADD is a Biological Disorder
ADD Can Persist Into Adulthood