African countries have gone through many changes in recent history. This includes their flags. The current flags have elements that represent concepts and ideas important to that country. Each flag is unique in its own way. Below are the flags for the African countries beginning with the letter M. 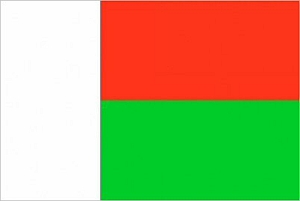 The current flag of Madagascar was adopted on October 14, 1958. This is two years before Madagascar gained independence when they were preparing for independence. Madagascar's flag has two equal horizontal bands of red (on the top) and green with a vertical white band of the same width on hoist side. The color red represents sovereignty. The color green represents hope. The color white represents purity. 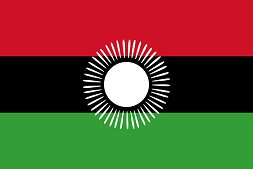 The current flag of Malawi was adopted on July 29, 2010 after the Democratic Progressive Party-led government had proposed a new flag. The order of the stripes were altered from the previous flag matching the original Pan-African Flag layout. The black stripe on the top of the former flag was swapped with the middle red stripe. The current flags' stripes are from the top are red, black, green. The red rising sun on the top black stripe on the former flag was replaced with a white full sun centered on the new flag. The full sun represents the economic progress Malawi has made since its independence in 1964. 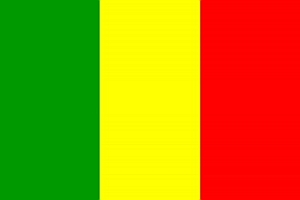 The flag of Mali is a tricolor with three equal vertical stripes and was adopted on March 1, 1961. From the hoist, the colors are green, gold, and red. This flag is identical to the flag of Guinea's flag with the colors in reverse order. Mali's flag is also the same as Senegal's flag which has added a black star in the center.

The current flag of Mauritania was adopted on April 1, 1959. Mauritania's flag is green with a yellow five-pointed star above a yellow, horizontal crescent. The crescent, star, and color green are traditional symbols of Islam. The color gold color represents the sands of the Sahara. 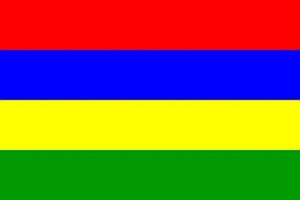 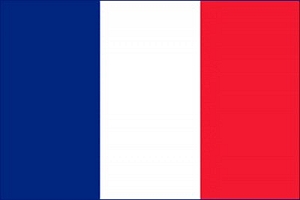 The official flag of Mayotte is the French flag. Mayotte does have an consisting of a white field with Mayotte's coat of arms. Above the coat of arm is "MAYOTTE" in red capital letters. 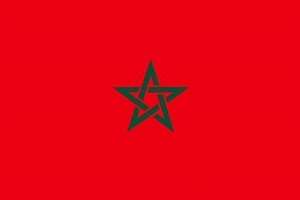 The current Moroccan flag was created in 1915 and was only be displayed flush on the ground until Morocco's independence in 1956. Morocco's flag is red with a green pentacle (a five-pointed, linear star) known as Solomon's seal in the center of the flag. The colors red and green are traditional colors in Arab flags. The pentacle represents the five pillars of Islam and signifies the association between God and the nation. 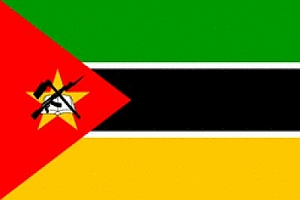 The current flag of Mozambique was adopted on May 1, 1983. The flag has three equal horizontal bands of green (on the top), black, and yellow with a red isosceles triangle based on the hoist side. The black band is edged in white. A yellow five-pointed star bearing a crossed rifle and hoe in black is on top of an open white book in centered in the triangle. The color green represents the riches of the land. The color white represents peace. The color black represents the African continent. The color yellow represents the country's minerals. The color red represents the struggle for independence. The rifle, an AK-47, represents defense and vigilance. The hoe represents Mozambique's agriculture. The open book stresses the importance of education. The star represents Marxism and internationalism.