Studying the origins of life and looking for life in the universe is complex, involving biologists, chemists who study molecules in interstellar clouds and those who search for extrasolar planets.

On Christmas day 2003 a British-European space probe called Beagle 2 was lost on Mars and never heard from. It was not only small, but possibly broken and scattered while attempting to land. Since Mars is quite big, it took eleven years to find the little lander, and there were some surprises.

Cancer the crab scuttles across the late winter sky, well away from its nemesis Hercules. Cancer is a zodiac constellation, the Tropic of Cancer is named for it, and it has existed for over three thousand years. Yet it seems to be a dim and unremarkable constellation. Why all the attention?

In a sky full of gods, heroes and wronged women, there are also four dogs. We have Canis Minor and the two dogs of Canes Venatici, but Canis Major is definitely top dog. It´s a prominent constellation that has represented a dog from early Greek times.

"The Chemical Cosmos: A Guided Tour" is an astronomy book about chemistry - or perhaps a chemistry book about astronomy. It´s an engrossing guided tour that will take you from the baby Universe through the first stars, the formation of solar systems and to our search for the origins of life.

Looking up at a clear, dark sky, you can see thousands of stars. Yet without binoculars or a telescope, the most common type of star is invisible. These are the small, cool red dwarfs that fill the sky and live practically forever.

In the darkness of space we see the part of the Moon that the Sun illuminates. But sometimes there is a bright crescent Moon with a dark shadow filling in the rest of the Moon´s face. What lets us see the Moon´s night side, and how might the phenomenon detect life on distant worlds?

Epsilon Eridani - A Norse God in the River

Eridanus is the great river that flows through the southern sky. One its stars, Epsilon Eridani, is of special interest to us because of its nearness and because the sunlike star has a planetary system. Benefiting from a new IAU naming policy, the star and its planet are now also Ran and AEgir.

Our Solar System was the only one we knew. Astronomers used it to explain how star systems were made. But beware the theory based on only one example! We now know of thousands of planets around other suns, and the theories need revising. Here are a few of the astonishing planets we've found.

We're used to a tidy Solar System. But there are some pretty strange planets orbiting stars far, far away. On one it doesn't rain water, it rains rock. Another has the density of cork. Some have two suns. And what would you do with a diamond the size of a planet?

George is sad. The family next door are moving away and things will be so dull without them. Or maybe not! Why is the new Martian rover acting so strangely? Has the search for life met an alien threat to Earth? Lucy and Stephen Hawking take George and the reader on a cosmic adventure.

The first exoplanets discovered were orbiting a rapidly rotating neutron star formed in a supernova explosion. The first planet orbiting a sunlike planet was just as much a surprise. What was a giant planet doing so close to its star? It was a "hot Jupiter" and there have been many more since.

The Universe Verse is back. Book 1 was the Big Bang Theory in verse and drawings. Now stars and planets have formed, but something new is happening: Life. Book 2 is about evolution by natural selection. In its cheerful verse and lovely color drawings, it´s also a love poem to our beautiful Earth.

Much of the southern sky wasn´t visible to the ancient Mediterranean civilizations. Instead of representing the ancient myths, the constellations were invented long afterwards by European explorers and astronomers. Some of Abbe Lacaille´s inventions are tributes to the arts.

If you go outside on a clear dark night, you might see a few thousand stars. But without a telescope, not a single one will be the most common type of star in the Universe. You won´t see red dwarfs, the stars that will still be shining in the far distant future when all the others have died.

Years ago, if you weren't serious about being an astronomer, a good career-killer would have been hunting for exoplanets. It's different now. Stuart Clark tells the story from the first discovery of a planet orbiting another star to the current Search for Earth's Twin.

A number of planets orbiting stars outside the Solar System have been directly imaged, but most of the 4000 known exoplanets haven't been. Very few have been discovered by direct imaging. How do astronomers find what they can't see?

Fast forward to 2035. The first manned Mars expedition is going home, and things have started to go wrong. The psychological pressures of being a small group spending a few years together in a hostile environment are getting to them. They´re also unaware that they´ve acquired a hitchhiker.

Have you read about the Top Ten Astronomy Stories for 2014? This article is complementary to it. Here are my choices for the top five debatable stories of the year. They were widely reported, but there isn´t really enough evidence to accept their conclusions.

What happened in the skies in 2014? Here´s my top ten. Some hints: it takes in stories all the way from a tiny lander alone on a comet to a supercluster of galaxies 500 million light years across, perhaps another Earth, and an ocean on one of Saturn´s moons.

Ultra-cool Dwarf and the Seven Planets

When a planet was first discovered around an alien sun in 1995, it was big news. Now we know thousands of them, so it takes something special to get into the news. In February 2017 one team hit the jackpot: a star with seven Earth-sized planets, three of them in the habitable zone.

Virgo is one of the constellations of the zodiac, and its stars have been linked to agricultural goddesses for thousands of years. This area of sky contains thousands of galaxies, dozens of known extrasolar planets, and was where the first quasar was discovered.

arth is a watery planet, the only one in the Solar System with surface oceans. Although there´s a lot of water here, there seemed to be little or none elsewhere. Fortunately, space telescopes and space probes have detected what we couldn´t find before, and there now seems to be water everywhere.

Do you wonder if there's life elsewhere in the universe? The universe is a big place, so it seems likely that there is. See how astrobiologists are helping to plan the search. 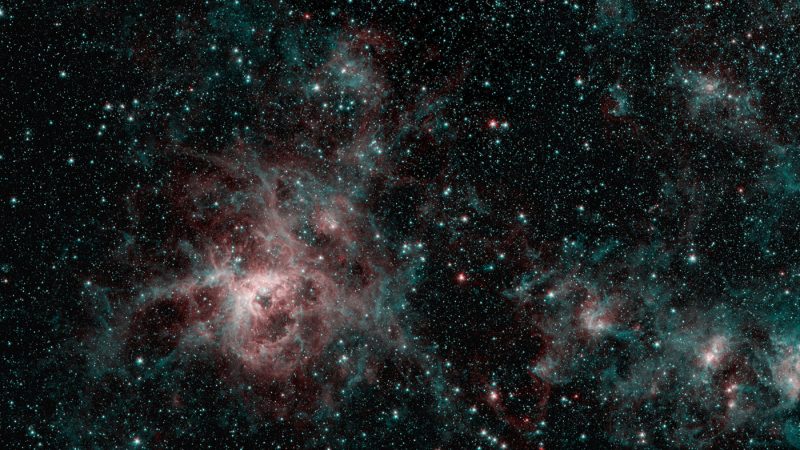