In today's world, more and more people are reaching out to a specialized group of doctors who practice anti-aging. Let's face it, no one truly wants to get old or to look old or even to feel old. This is where anti-aging therapies can help impede the natural decline of the human body. Slowing it down so that quality of life overall, is improved.

Those who are middle age, may experience sudden weight gain or insomnia. These are natural processes due to the decline of hormone production. However, we don't need to slog through each day in fog or pack on the pounds. There is a way to improve overall function of the body. It's called Semorelin Acetate.

During the first three days of therapy, I experienced a slight flushing after injecting Sermorelin and an overall sense of sleepiness during the initial two weeks. After that, the only side effect I continued to experience was a slight itch around the injection site that dissipated after a few minutes.

Just like most peptide hormones, Sermorelin usually has a “loading” period of 3-6 months before full effects are noticed. It takes some time for levels to become optimal and initiate the benefits users are seeking to achieve. But once optimal levels are achieved, Sermorelin therapy can be decreased to a maintenance protocol or discontinued completely.

Sermorelin Acetate is not for everyone. However, those who are interested in anti-aging therapies as a method for improving quality of life and losing weight, it is definitely worth discussing with a qualified and trained physician.

Disclaimer: I am not a doctor and the articles I write are intended to increase your knowledge about the subject. It’s always a good idea to check with your personal doctor before changing your diet. Also, I have not received any sort of compensation for this review. It is entirely from my own experience. 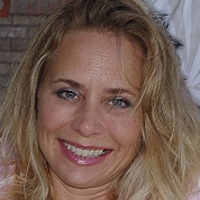 AJ is a self-taught expert on all things related to weight loss. Celebrate your triumphs and failures with her.

Come on in and share your weight loss success and your struggle, tips, tricks, and recipes. Small Shifts for a Solid Detox

Eat More of the Good Stuff